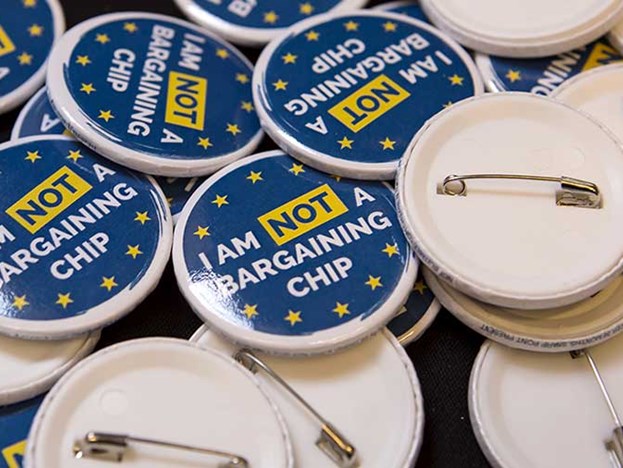 A few answers spring immediately to mind: for example, when a better offer is already on the table (yet - worryingly - completely ignored), or when the proposer feels the need to tell you that their offer is, indeed, very generous. I mean, if the offer is truly generous, why the need to tell you so? Surely, it will be clear for all to see?

One may also argue that the "generous offer" is not really generous when it concerns the lives of a few million people and falls significantly short of what is expected both by the other side and the people in question.

The idea of using EU citizens’ lives as bargaining chips in the Brexit negotiations doesn't appeal to me.  The ethics of such a move are highly questionable. It's not money, tariffs or bank passporting privileges – we’re talking about real people here who will be directly and profoundly affected by this.  In reality the uncertainty and lack of a unilateral guarantee right after last year's referendum has already profoundly affected the citizens in question.  I know what I am talking about.  I am one of those people and I don't really enjoy being used as a bargaining chip (would you?).

Ethics aside, there is another reason why using EU citizens as bargaining chips is a bad idea:  it undermines trust and creates a bad atmosphere right at the start of the negotiation.  The EU have been very clear how important this issue is, and they have made it very clear that they intend to protect the rights of all EU citizens. The offer made by Theresa May last week, details of which were revealed on Monday, falls far, far short not only of the expectations of the EU, but also of the unilateral guarantees on citizens’ rights which were in fact published by them weeks ago.  Judging by the muted (to say the least) response, her ‘generous offer’ has created an atmosphere of mistrust and bad will.  Not a good start to highly complex negotiations.

You may ask how, from a negotiation point of view, do you rationalise not using people as bargaining chips with the alternative, which is making a unilateral concession (a goodwill gesture) in the hope it will be reciprocated by the EU?  After all, we teach that goodwill gestures generate greed, and in commercial situation this would certainly be the advice. However, this is a unique, politically and emotionally charged issue, and the chances of a unilateral concession not being met are so slim that, in this instance, the UK should have taken that risk. Especially since the EU have already suggested much more generous terms for British citizens in the EU.

I am sure that a deal on EU citizens’ rights will eventually be agreed - but at what cost? The bad atmosphere and lack of trust will most likely have an impact on the next stages of the negotiations.  What that impact will be, only time will tell...