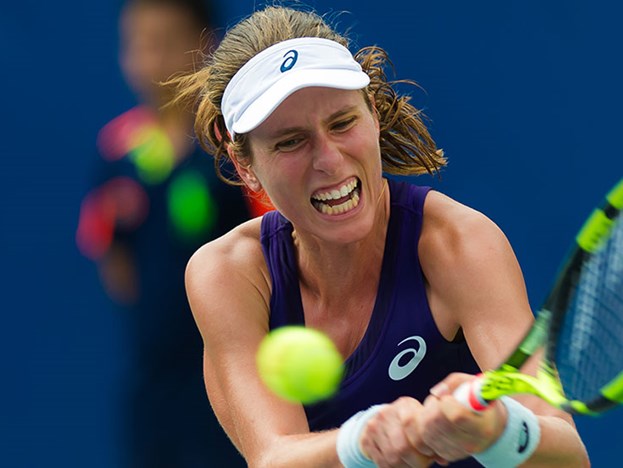 For two weeks of the year I become a bit of a tennis fan. These weeks coincide with the Wimbledon fortnight, possibly one of the most eagerly awaited tennis tournaments in the world.

When I was much younger it was the time of year that my friends and I rushed off to the local tennis courts, usually empty, but now with queues of similarly ignited youths fancying a knock about. I thought I was pretty good until I actually played someone who played regularly, and realized I was useless. Lacked the skills to be honest, but probably didn’t have the mind set either. McEnroe-esque in my attitude and verbiage.

I was watching last night, when Johanna Konta reached the semifinals of Wimbledon event. A fantastic display of grit, determination and effort.

Johanna Konta said that she was "tremendously proud of being part of a little bit of history" after becoming Britain's first women's Wimbledon semi-finalist for 39 years.

"Ever since I was nine years old I've believed in my own ability and dreamed big," Konta told BBC Sport. "I don't give myself too much time to dream and focus on the work."

What really interests me about professional sports people is their ability to control the situations that they find themselves in and channel their abilities in times of huge stress. Watching Konta at Wimbledon or Owen Farrell kicking the penalty to tie the series between the British Lions and the All Blacks at Eden Park, they seem to be able to rise above the moment and find the zone. Or as it was described by Tracey Austin last night as being in the bubble.

Being in the bubble requires us to be in control of our own behavior. The chief thing we need to be able to do in dealing with a difficult or challenging situation, or person, is to control ourselves. That requires preparation. There is a direct relationship between preparation and anxiety, the more prepared you are, the fewer situations you have to deal with on the fly.

Many negotiators turn up to the challenging negotiations they face with little structured planning or forethought. The equivalent to rocking up at Wimbledon in green flash, and expect to be able to handle the centre court.

They simply can’t. Or should I say shouldn’t.

Fundamental to prep is to imagine what do I do if things do not go to plan. How do I flex? How do I get out of the way of myself? How can I create time if I need it?

Get that right and you will have a much better shot at the title.

Alan Smith
More by Alan Smith:
Careless talk costs margins
Which is it?
Back to Insights