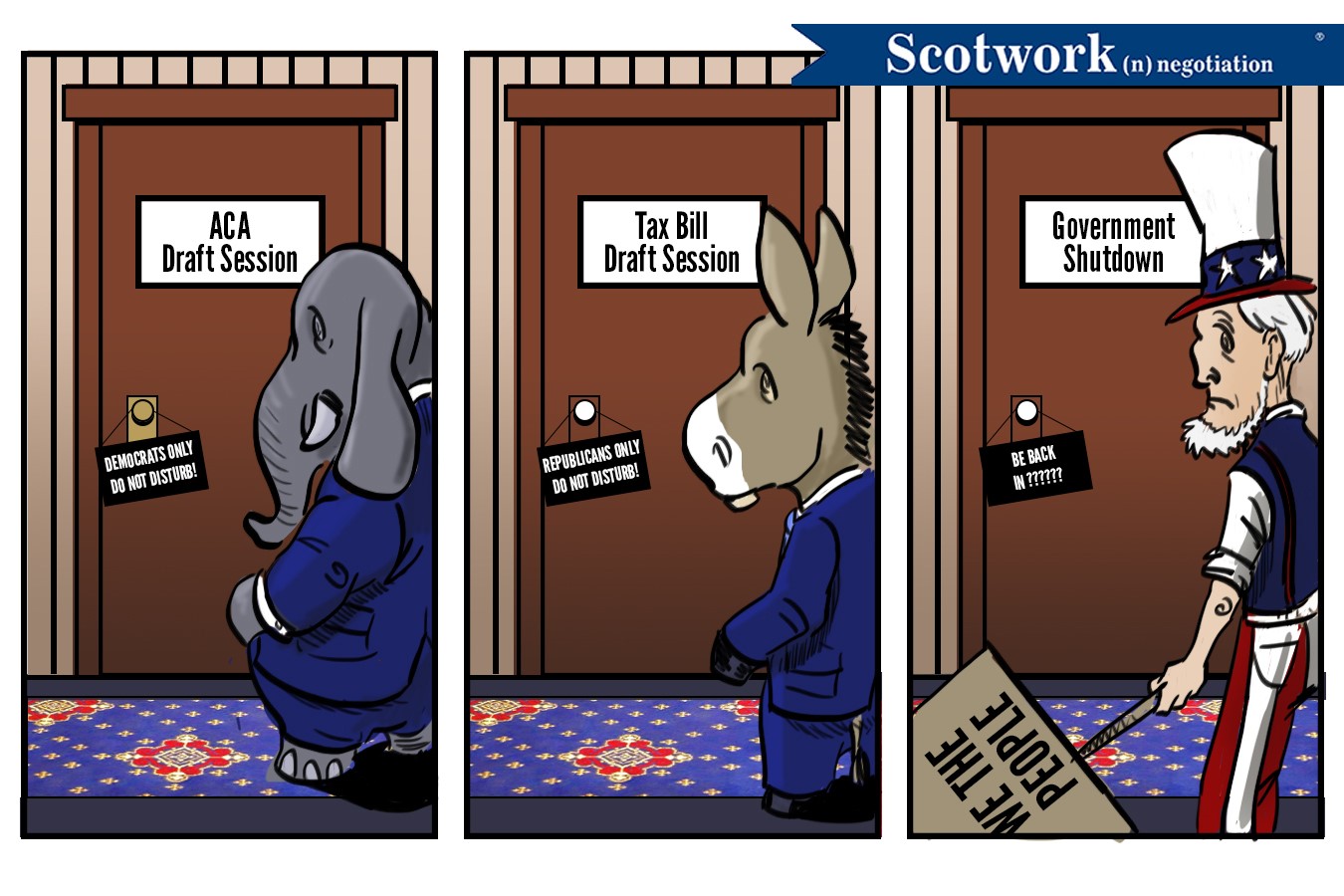 After last week’s government shutdown, one of my daughters asked me, “why are politicians not willing to talk to each other?” Her observation based on her review of how some of the largest legislation of recent history, no matter which political party was in control, was passed in very non-bipartisan ways; literally to the point of where the other party was locked out of the entire process. When that happens, we all lose. So why does it happen?

It’s not because our elected officials are uneducated. In fact, the 115th Congress is highly educated with 94.1% of House Members and 100% of Senators holding at least a bachelor's degree. Contrast that with the 97th Congress (35 years ago) that had 84% of House Members and 88% of Senators holding bachelor’s degrees (according to CRS Report #R44762). But yet over that same period, as elected officials became more educated, somehow they became more obstinate and more uncompromising.

Over the last three decades, a political tactic has taken hold to be uncompromising to your opposition. Our two major political parties have taken that to the extreme of not even negotiating with the other side because that is viewed as weak. Negotiation is not weak - it’s how to move a conversation forward.

To put a finer point on it, negotiation is about trading positions of lesser importance in exchange for positions of greater importance. Imagine a world with no money and all you had was your possessions and abilities. Let’s say you were in possession of an abundance of food but you lacked the resources to build shelter. Assume your neighbor had an abundance of resources to build a shelter but no food. The logical thing to do is to trade your food for their shelter building resources so that you both now have something of greater value. However, in today’s political environment your neighbor would not have negotiated with you because that would be viewed as weak and instead would choose to starve as they tried to eat their shelter while you’re withering from exposure due to lack of shelter. You both lose.

Sounds absurd, doesn’t it? I agree but that’s what’s happening. Negotiation is about trading positions, ideas, and information. It’s not about compromising your values, beliefs, or principles. Ironically, last week's government shutdown ended when both sides started negotiating. Wouldn’t it be amazing if both parties would just sit down, exchange ideas, and negotiate instead of stonewalling each other and ultimately, compromising their constituents? Maybe we could all then win again.

Brian Buck
More by Brian Buck:
Gaining Perspective
Lesson from a King
Back to Insights