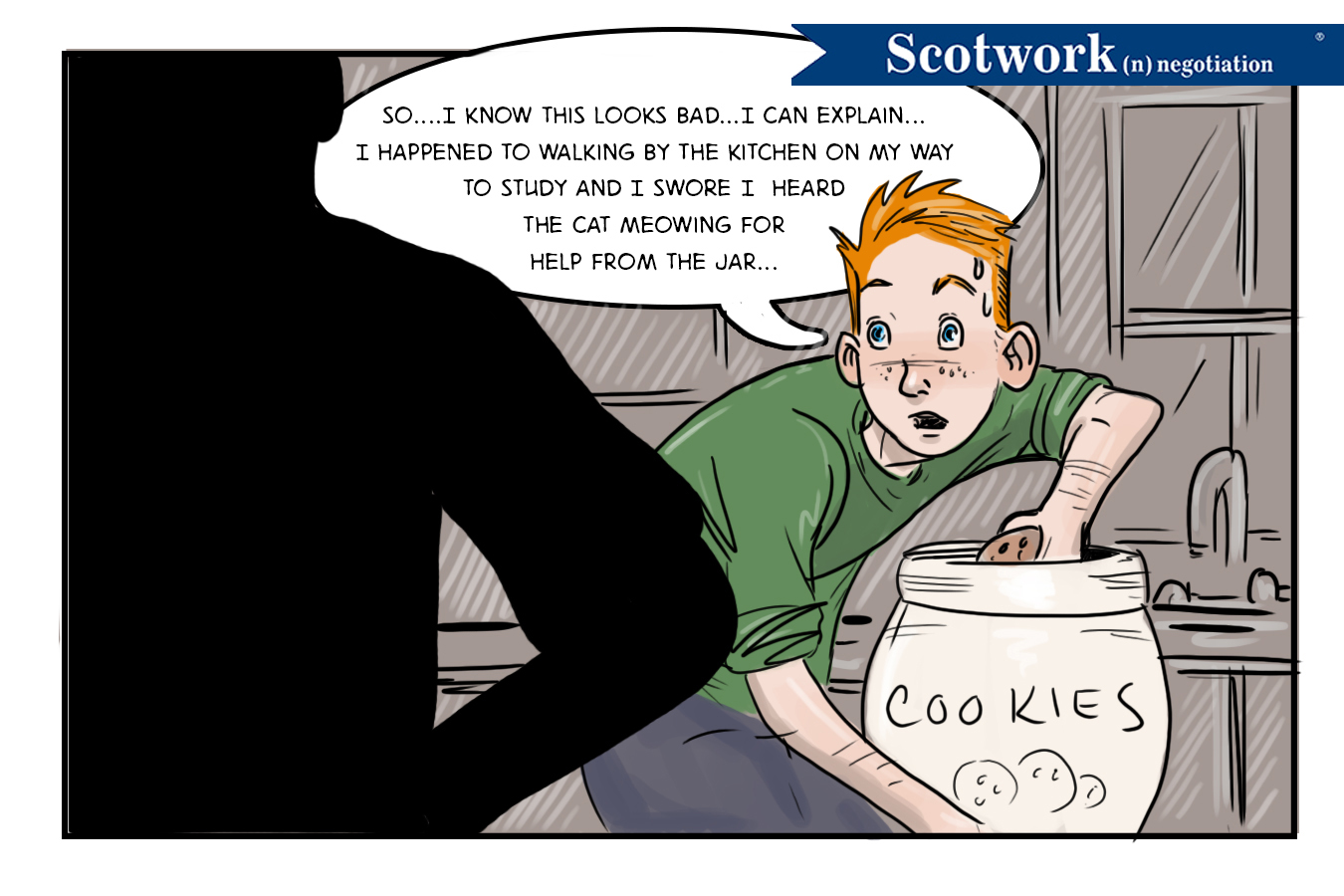 I read a hilarious story recently about a guy who got into an argument with a supermarket when he tried to secure a refund on an opened tray of diced butternut squash, because when he bought it, he’d thought it was cheese.

The author of the story was standing in line at the grocery store behind our brave Cheese Connoisseur, tweeting updates in real time as this guy dug himself deeper and deeper into a hole. He was determined to get a $2.97 refund on the tray, which the shop had clearly labeled “Butternut Squash”.

The author noted that the obvious course of action for our protagonist would be to “stick the squash in the fridge, laugh at yourself and then go get some cheese”. But no – he argued for 15 minutes, failed, and then stormed out of the store, squash in hand - probably never to return.

Apart from the sheer delightful stupidity of the argument, it reminded me how often we humans refuse to admit fault and move on, and then get deadlocked. And - for any organization that manages accounts (service teams and account management functions) - how often we find ourselves, like the unfortunate store staff, on the other side of the table from some idiot who wants you to pay for the fact that they can’t distinguish vegetables from dairy.

Sometimes one side of a negotiation finds themselves in an untenable position, they recognize they’re in that position, and yet their perceived loss of face becomes the major inhibitor to an agreement. In other words, they’re in a hole, they know it, and they choose to keep digging – so they don’t look stupid. Here are a few tips on dealing with the delicate issue of face…

Early and ongoing expectation management is one of the most overlooked skills of a good negotiator. It’s much easier to move somebody off a position if they’ve not spent hours, days or weeks believing that it’s a reasonable position. Tell them early, and try not to let the other side leave the room thinking something is possible if it isn’t – the longer you let them drift out onto planet Venus, the harder it is to bring them back to Earth.

There’s nothing inherently wrong with saying No to someone’s proposal, especially if it’s a completely unreasonable one (or outside policy, unethical or illegal), but by itself, a “No” is a weak response, tends to create a face issue, and can lead straight to deadlock. In an account management function, it might mean you lose the client – and it’s often much cheaper to retain a client than find a new one.

It’s usually much more productive to explain calmly and openly why you can’t say yes, and then tell them what you can do. Good negotiators have a flexibly strategy and can find multiple ways to create value for both sides to get a deal done.

The most common reason that two people get deadlocked is that we are arguing over just one issue. Usually it’s pumpkins (oops, I mean price), but it could also be a legal term, project deadline or risk issue such as a liability clause. The easiest way to break a deadlock is to introduce some new variables that create incremental value for both sides, allowing some new trades between these new variables and a “step down” from our positions to save face. As an example, the store staff might have offered our Butternut Hero a one-off voucher to save $5 (more than the cost of the squash, and enough to buy some cheese!!!) when he next spent $100 or more in the store. They keep the client, and Pumpkin Man gets his cheese.

Grow the pie, don’t squabble over it.

We’re all human, and we all have to manage face. But remember - not everything is a negotiation. Next time, before you decide to embark on a lengthy negotiation from an untenable position like our Cheddar hero, perhaps just stick the squash in the fridge, laugh at yourself and go buy some cheese.

If you need helping saving face in a negotiation, give us a call we'll help you save the cheddar. Talk to one of our experts today.