The Strange Negotiation with Dr Jekyll and Mr. Hyde 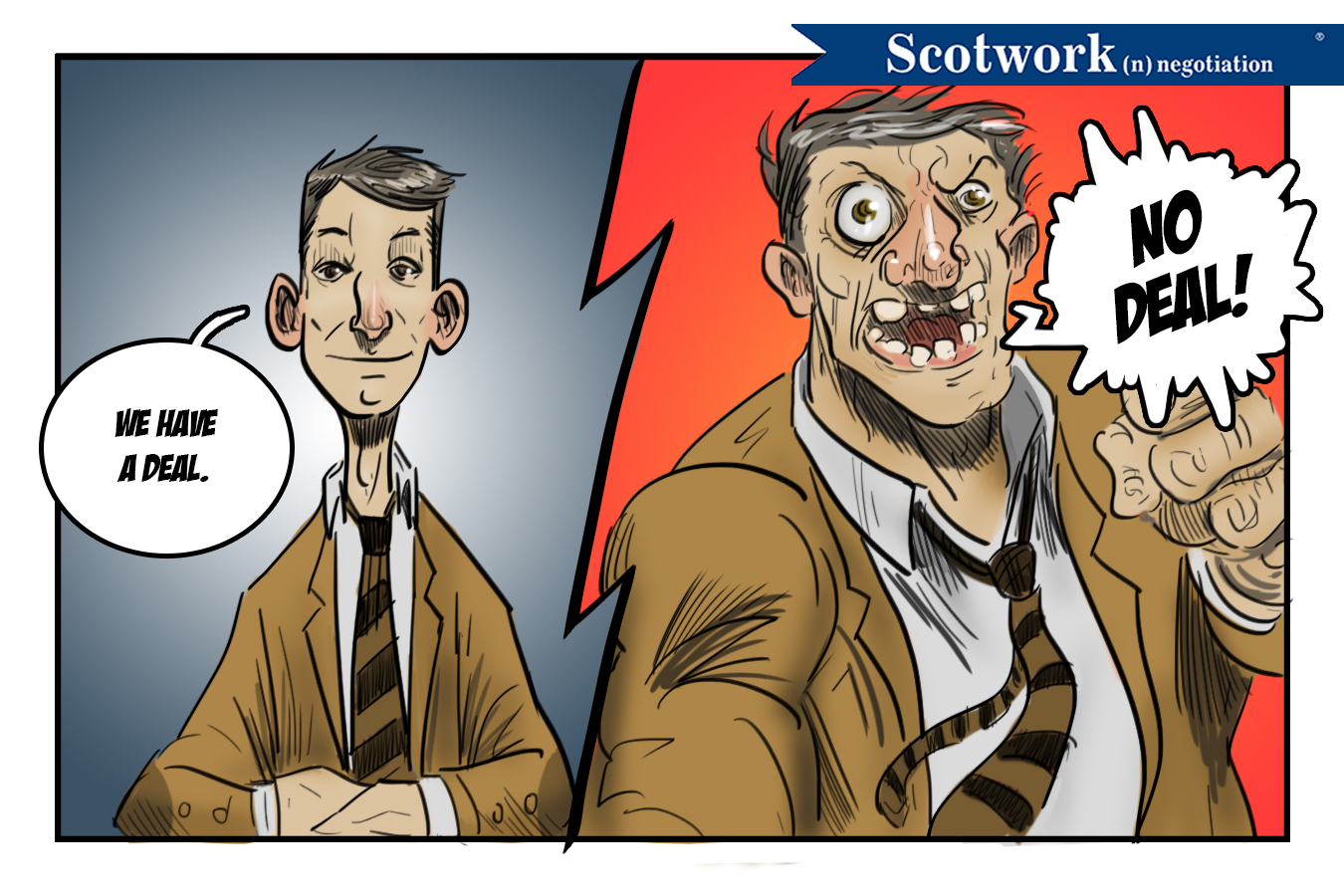 If the fact wasn’t that Robert Louis Stevenson wrote his novella in 1886, I would swear Jekyll and Hyde was based on one of my most infuriating AND beloved clients. In private, my client was a sweetheart of a guy. Easy going, funny, and compassionate. The kind of client everybody wished they had. But whenever his boss, or peers, or subordinates were present he became a nightmare client. He was a hardass, no sense of humor, and unforgiving. Surviving him wasn’t going to be easy and leaving him was not an option.

Jekyll and Hyde clients or suppliers are probably the most difficult because they are unpredictable. Negotiating with someone like this is challenging even for the most seasoned negotiator. However, in almost all cases there is some sort of trigger that will change Jekyll into Hyde and vise versa. In my case it had to do with private versus public negotiations.

When my client was in his “nice” state, his Dr. Jekyll self, we were alone. It was just him and I and no others from his side. In those moments I found him reasonable and easy to work with. We would have disagreements but we would work through them. Neither one of us felt the need to “win” but rather we were always looking for mutually beneficial solutions. It was great.

All of that would change when someone from his side should up in the conversation. This is when the evil Mr. Hyde would appear. All of the sudden, it was important for my client to “win”. He would publicly try to “put me in my place” and show that he was in charge. I was definitely no longer an equal, let alone anyone that mattered in the negotiation. It was painful.

What I came to realize is that he worked in a cultural where “winning” was extremely important. Being a “bully” with vendors was revered. So whenever anyone from his company was in the conversation, he had to show these traits in order to maintain his political status internally. He was putting on a show to save face.

With that realization, I came up with a strategy for dealing with Mr. Hyde. Here are the things I did when Mr. Hyde showed up:

Good luck with your Jekyll and Hyde.

Have Your Own Jekyll & Hyde?

If you are fighting your own Jekyll and Hydes, call us - we can help. We know how to find the triggers and develop strategies to get you past this obstacle.

Not only have we been teaching our proven negotiating skills for over 40 years, we've also been advising our clients on must win deals. Our team of skilled negotiators will help your team get ready for that critical negotiation and be there every step of the way to guide and coach.

Brian Buck
More by Brian Buck:
Internal Alignment or Iceberg?
Did You Hear The One About?
Back to Insights