When a Bad Deal is Good 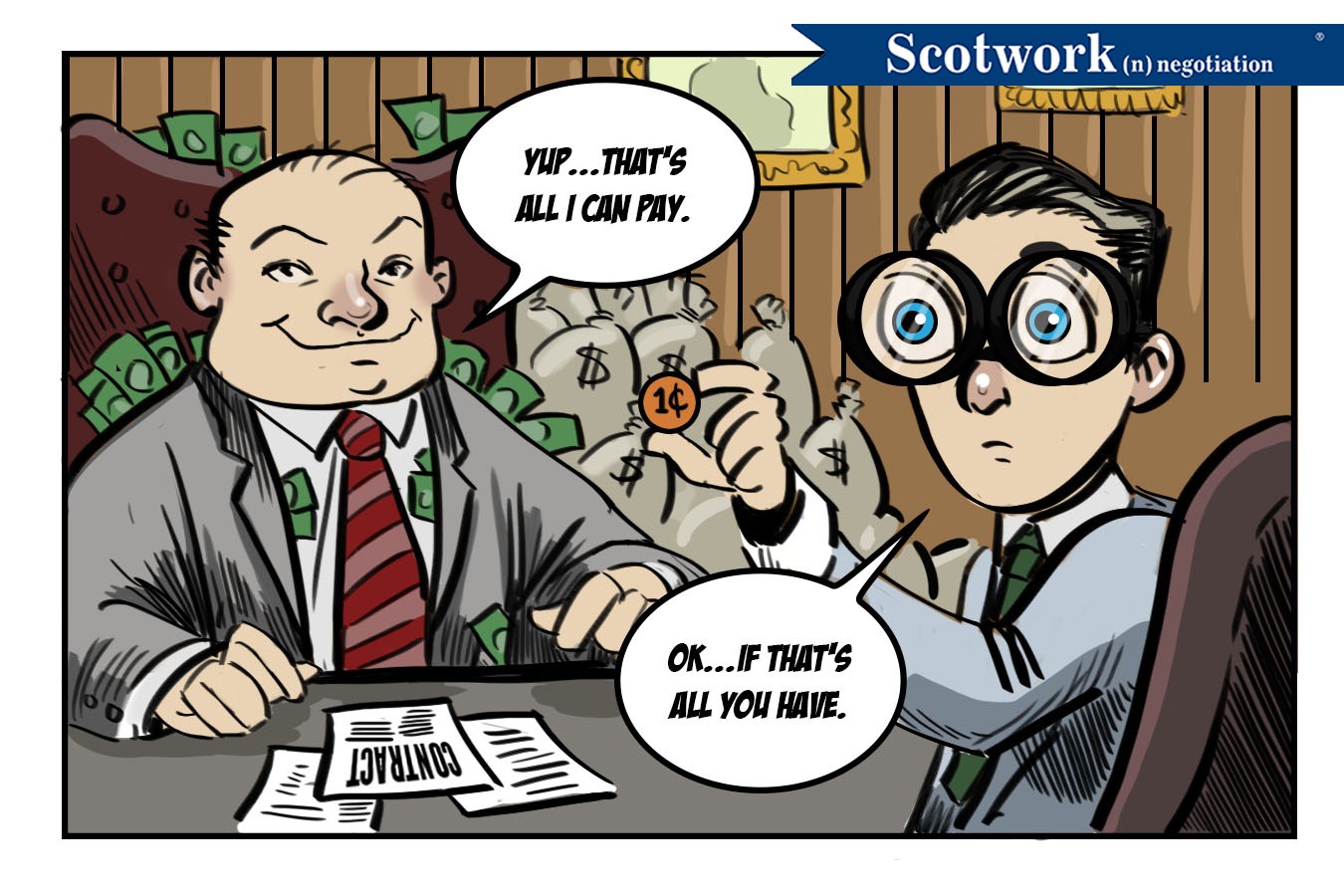 After an intense negotiation with a prospective client, we walked away from a deal because we would literally make no money. Zilch. Nada. Nothing. I delivered the unfortunate news to our CFO and was expecting a little empathy, instead he said, “Why?? We could have made that work.”

WHAT?!? I was livid. How could we do this business for $0? The company was so focused on profits that my compensation structure was based on profitability. It was obvious our company valued profitability above all else. This was a bad deal… or was it?

The CFO’s logic was that while we would make no money on this deal, neither would our competition. He felt we were in a better cash flow position to take on this kind of work and he knew the competition wasn’t able to sustain it at little to zero profit. Therefore, in his mind, while we made no money from this particular deal we would have dealt a big blow to our competitor which would bode well for us in the future. As it turns out the $0 deal was a bad for me, not the company.

My fatal error in this negotiation was that I didn’t understand what a bad deal truly was. I only looked at this deal from my vantage point and assumed that making no money was a bad thing. While prepping for this negotiation I never took into broader company goals or even what was happening in the marketplace. This negotiation felt like the hundreds of others I negotiated so I approached it with my own blinders on and I failed to take into account all the circumstances that I could go past my own limits.

Brian Buck
More by Brian Buck:
Hope Springs Eternal Deals
Will There Ever Be a “New Normal”?
Back to Insights