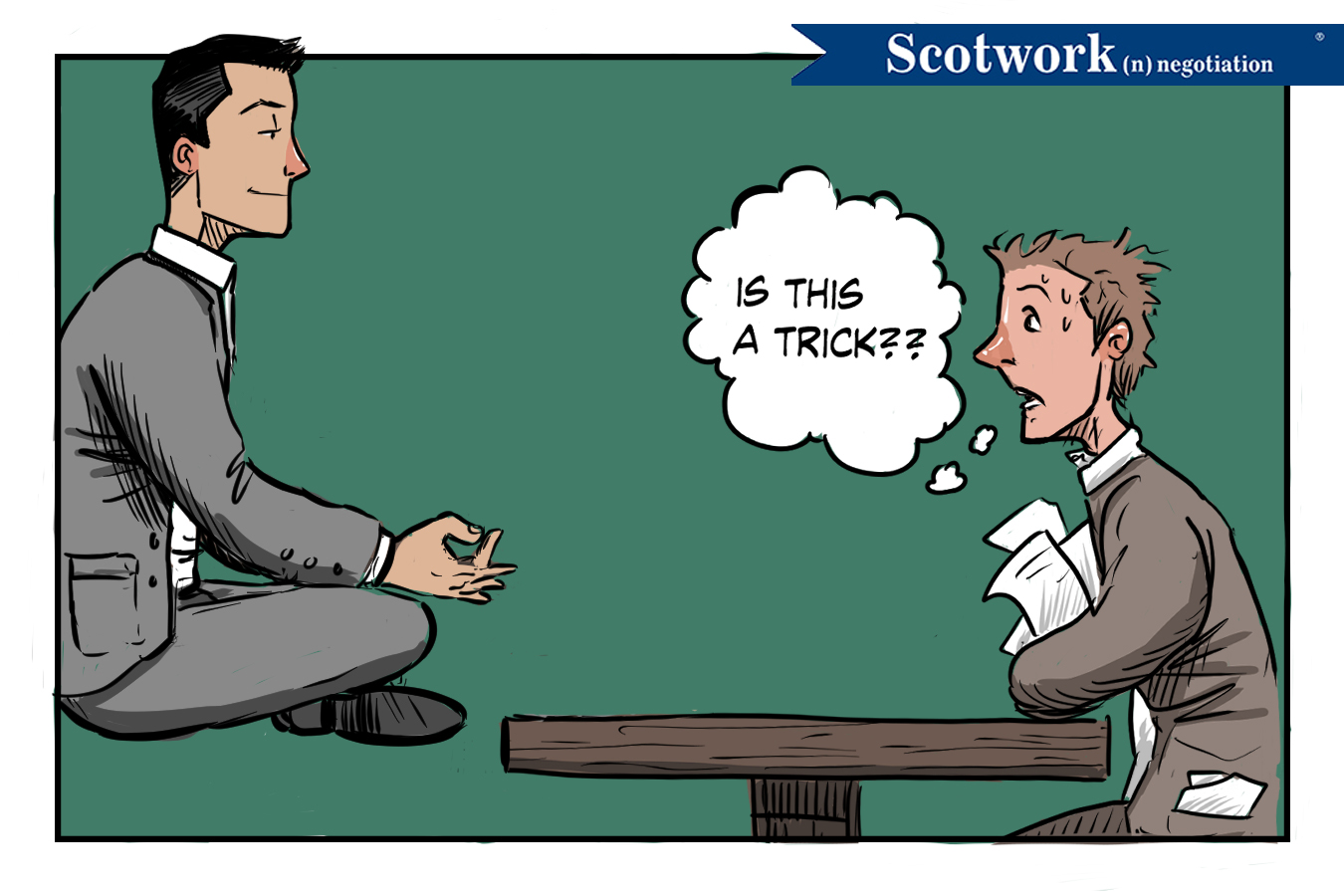 Have you ever negotiated with someone and wondered, What are you thinking? It recently happened to me. Only I wasn’t doing the negotiating — I was running simulations, watching a group of buyers trying to negotiate. When we debriefed, the thing that struck me was that they were extremely aware of what they had done. However, in the moment, they couldn’t course-correct or get out of their own way. They said they were thinking about only one thing . . .

When they were in the moment, all they could focus on was what they wanted and how they were going to get it. They said they stopped listening to the other side and were no longer paying attention. They weren’t mindful — they were mindless! I believe that there’s a direct correlation between mindfulness during a negotiation and the value of a deal that can be negotiated.

There’s been a lot written about mindfulness lately. In fact, Amazon.com has more than 80,000 titles related to the topic. But let’s cut through all the clutter and focus on the moment and what it means to be a mindful negotiator.

Take time to prepare. Just as mindful people meditate, practicing how to be in the moment, a mindful negotiator takes time to prepare for their upcoming negotiation. They explore the options available, the issues at hand, the strategy to take, the things they will trade — all in an effort to put aside their anxieties regarding what will happen during the conversation. Preparing well creates a sense of calmness at the negotiating table. When we’re not prepared, we worry too much about the things that we haven’t considered, and anxiety can take control.

Listen to the other side without judgement. When we listen to someone without judgement, we can simply absorb what they’re saying. As soon as we start to judge what they’re saying, we stop listening. Instead, our filters take over and we hear what we want to hear. A mindful negotiator wants to take in all of the information they can — openly, with a sense of curiosity and empathy.

Speak in the language of the other party. If you’re in the moment and in tune with the other party, then you can let go of your ego-driven need to use your own language and, instead, speak theirs. Mindful negotiators use the other party’s words when making proposals or discussing issues.

Doing all of the above, I believe, will lead to great mindfulness at the negotiating table. That, in turn, will result in more valuable deals, because it creates a more collaborative approach whereby both parties are willing to work together. When we’re mindless, we tend to be self-focused, causing the other party to focus solely on themselves as well. This creates a more competitive environment in which one side has to lose in order for the other to win.