Someone is Always Watching 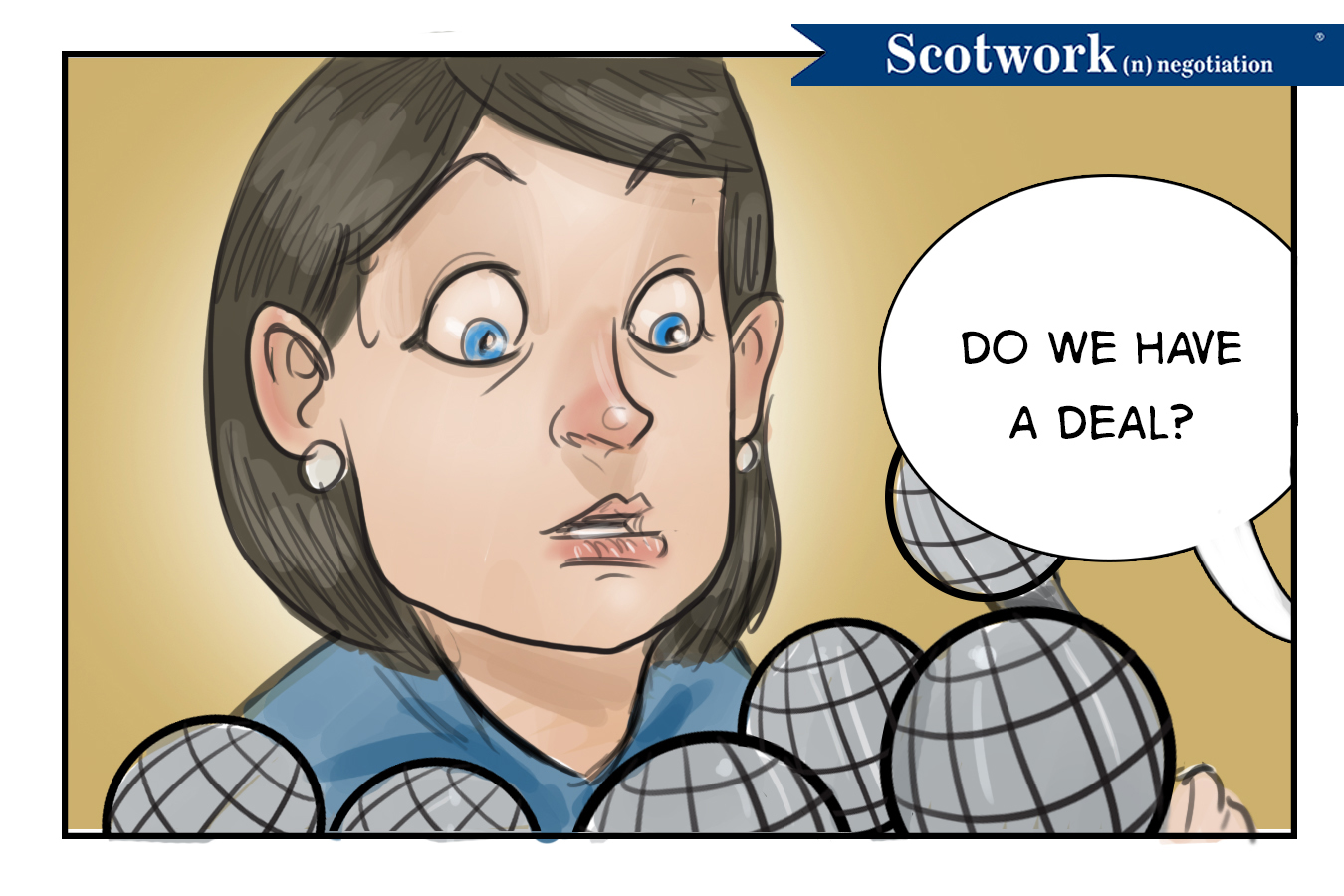 There I was, locked in a crowded room in China, wondering what my next move was going to be. I was on a shopping excursion that was taking some turns I hadn’t anticipated, as I unsuccessfully attempted to negotiate with a shop owner over a gift for my wife. Something had to change if I was going to get that gift and escape that room.

Let me back up . . . On a recent trip to China, I was encouraged to visit a shop owner who had some special goods that she reserved for guests of her friends. A few friends and I went to check out the shop. When we got there, the owner let us in — but then locked the door behind us. She then led us up some stairs through a narrow hallway into another locked room. Behind this door were all the special goods on display. After we shuffled into the small room, she locked the door behind us and exclaimed, “Shop!”

Taking her command to heart, I started looking for a gift for my wife. It was difficult to move around because the room was so narrow. There was no air conditioning, the temperature began to rise, and we all started sweating. If I didn’t know any better, I would say that all these irritants (locked door, cramped space, no AC) were designed specifically for me to make a bad decision.

Just as I was about to give up on this captive shopping adventure, I found something that I thought my wife might like. My friend had advised me that it was completely acceptable to refuse the first offer from the shop owner and to negotiate the price, so I did. When I asked her how much, I rejected her initial offer and made a counteroffer. She said, “No.” I tried again, thinking that she might not have understood me. Again she said, “No.” Apparently she understood me just fine! A few other people attempted the same thing. She said, “No” to most but moved on a couple of things. Being persistent, I tried again and, to my amazement, she moved a little. Not enough for me to purchase, but enough for me to realize that I had approached this all wrong.

Blame it on the tight space or the sweat pouring off my body, but I failed to realize what was happening and why she was rejecting my proposals. After watching others also strike out in their attempts, only to see one person get a little something, it dawned on me what the shop owner was trying to manage: <i>precedent</i>. As we all were within earshot of every negotiation she was having, it was easy to see that if she moved for one of us, she’d have to move for others. So she remained steadfast. It wasn’t until I saw the small movement that she made with someone else that I jumped back in to try — and because she knew I witnessed the concession, she would have to move a little for me, which she did. But I could tell there was more flexibility. So I tried something different . . .

I let everyone else find their things and negotiate with the shop owner. She did very well in keeping her position. She made small movements here and there, but mostly to appease the relentless. Once everyone had made their purchases and said they were done, the door was unlocked and they filed out. I made sure I was the last person to leave.

Just before I exited, I went back into the room with the shop owner. It was just me and her. I went back to the items I rejected and made one more offer. This time she made a much bigger move to my position. I smiled on the inside and knew a deal was close. After a couple more rounds of proposals, we got a price we both could live with.

That experience was a good reminder that people will change their behaviors in public and private settings. In this case, the shop owner was willing to make deals but recognized that if she did it for one of us, she would more than likely have to do it for all of us. But once everyone had moved on, she could be far more flexible with me because no one else would know but the two of us. If you’re ever in a negotiation where someone is not acting the way you would expect, you might want to see who else is watching, because that might have a big impact on their behavior.

Is Someone Watching You?

Are you stuck in a difficult negotiation? Are there a lot of eyes on you? If you want a great deal, call us! We can be your advisor, your coach, and your trainer. Whether you bring us in to create your strategy, or help you prepare, or develop your team’s negotiating skills, we can help you win at the negotiating table.

Brian Buck
More by Brian Buck:
Elephant in the Room
Busted Bracket!
Back to Insights