Let It Go, It’s Time To Come Together 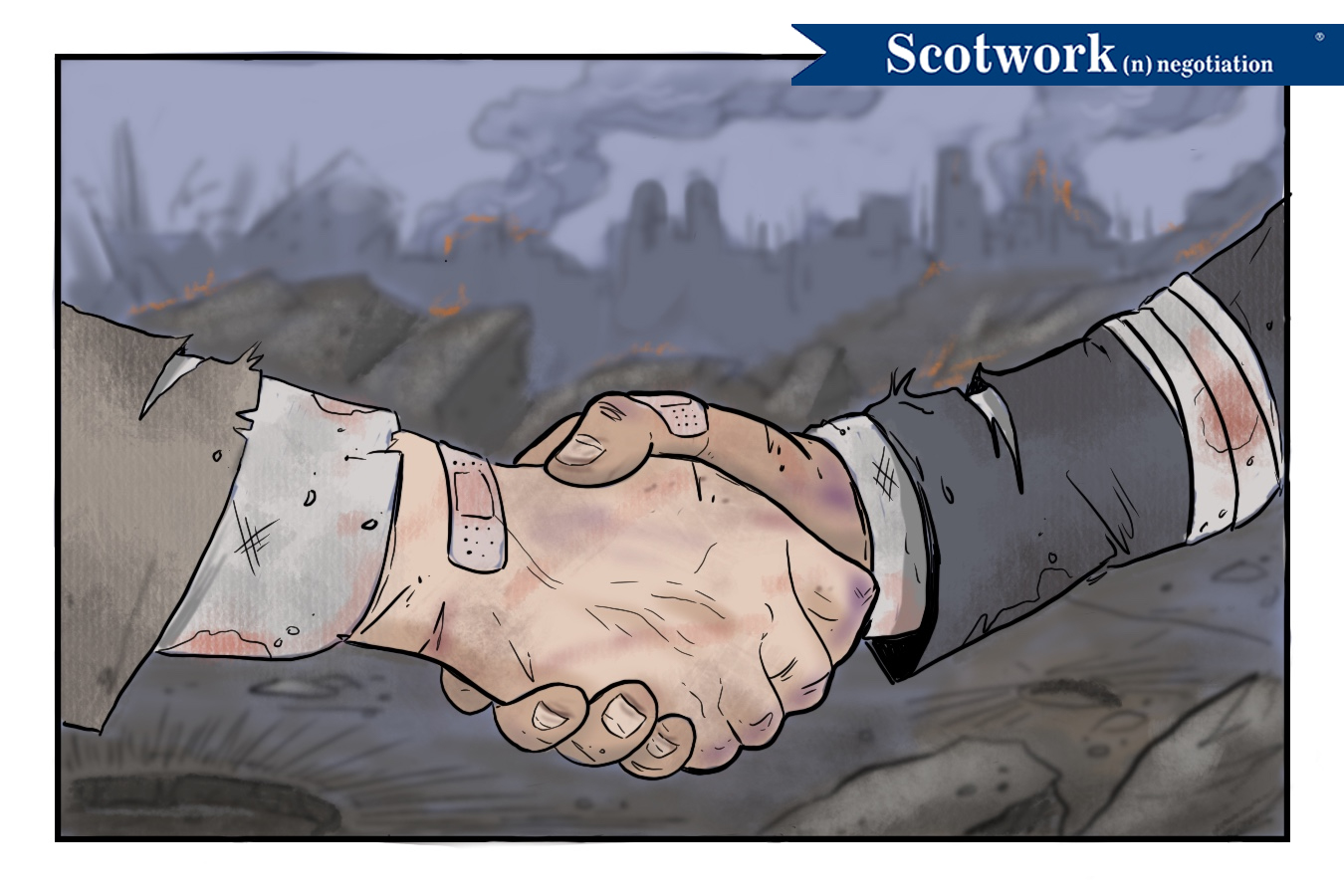 Oh, no — I’m not talking about Democrats and Republicans here. I think we’ve all had enough of their Hatfield-McCoy-style fighting. I’m talking about coming together after a hard-fought negotiation. It’s no surprise how difficult that can be, particularly when only 21% of negotiators report that relationships have been strengthened by the end of a negotiation. Then again, we know it can be tough to do simply by witnessing what’s going on in the political arena and what we see play out in our workplaces. But when a deal is done, no matter how difficult the negotiation was, we have to let it go and move on.

The longest negotiation I’ve been in took nearly a year and half to complete. It was full of ups and downs. It started off on the wrong foot. The other side was very demanding and inflexible. We misunderstood some of their requests. They weren’t very forthcoming with information. In fact, the negotiation almost stopped before it got started.

As we went through the deal, there were moments of frantic movement followed by long periods of silence. During those moments of frantic movement, we were excited because we thought the end was in sight. But during the long periods of silence, we thought the deal was off. It was frustrating because we could never develop a dealmaking rhythm to get everyone moving together.

Then there came a moment when the other party used some unsavory tactics that pushed us to the point of wanting to walk away. In fact, we put them on notice, telling them that we didn’t want to work with people who behaved this way. When new people stepped in to help smooth things over, we came back to the table and found a path forward.

In the midst of it all, deal fatigue began to set in. We were getting to the point of no longer caring about whether the deal got done or not. It was taking too long and the emotional toll was too high. We had people quit the deal on our side because they couldn’t take it anymore.

To steal a term from poker, we were pot committed. Meaning, we had come so far, for so long, we felt that we simply had to see it through. And we did. And to our surprise, we got a deal. Then came the daunting task of actually having to put that deal in motion.

I had to bring my team back to the table and get them re-excited about the deal. I had to remind them why we pursued it in the first place and why it was beneficial for us. But more importantly, I had to help them let go of all the frustration that led to this point, because they were now going to have to work with those same players. I knew that if we didn’t let it go, the animosity would grow, and people would lie in wait for an opportunity to exact revenge for any wrongs they felt during the negotiation — which would only derail the execution of the deal.

In the end, we did come together and the relationship turned out great. In an odd sort of way, the friction helped each side understand how the other side worked and behaved. It actually allowed us to work better together. And it didn’t take long for everyone to roll up their sleeves and get to work. While I don’t advocate a negotiation battle, in this instance that battle created a more committed relationship, as we were both invested in seeing this through. It was almost as if both sides asked, “If we don’t make the execution of the deal work, then why did we fight so hard to get the deal done?”

Earlier, I pointed out that this post had nothing to do with the current presidential election, political environment, or the divide that appears to exist within our country. But I will say this: It sure seems like we’ll get a whole lot further with 100% of the people working together than with 50% pulling one way and the other 50% pulling the opposite way. The deal is nearly done — it’s time to come together.

We Can Help You Let It Go and Come Together

After a hard-fought negotiation, coming together with the other side can be extremely difficult. We can help! Drawing on 45 years of real-world negotiating experience, we’re not only equipped to get you better deals, save time, and create value for all involved — but we also specialize in preserving and even strengthening relationships. Let us partner you with one of our advisers, ensuring that you’ve got the broadest view of your deal.

Brian Buck
More by Brian Buck:
Words Matter
Walking Away
Back to Insights