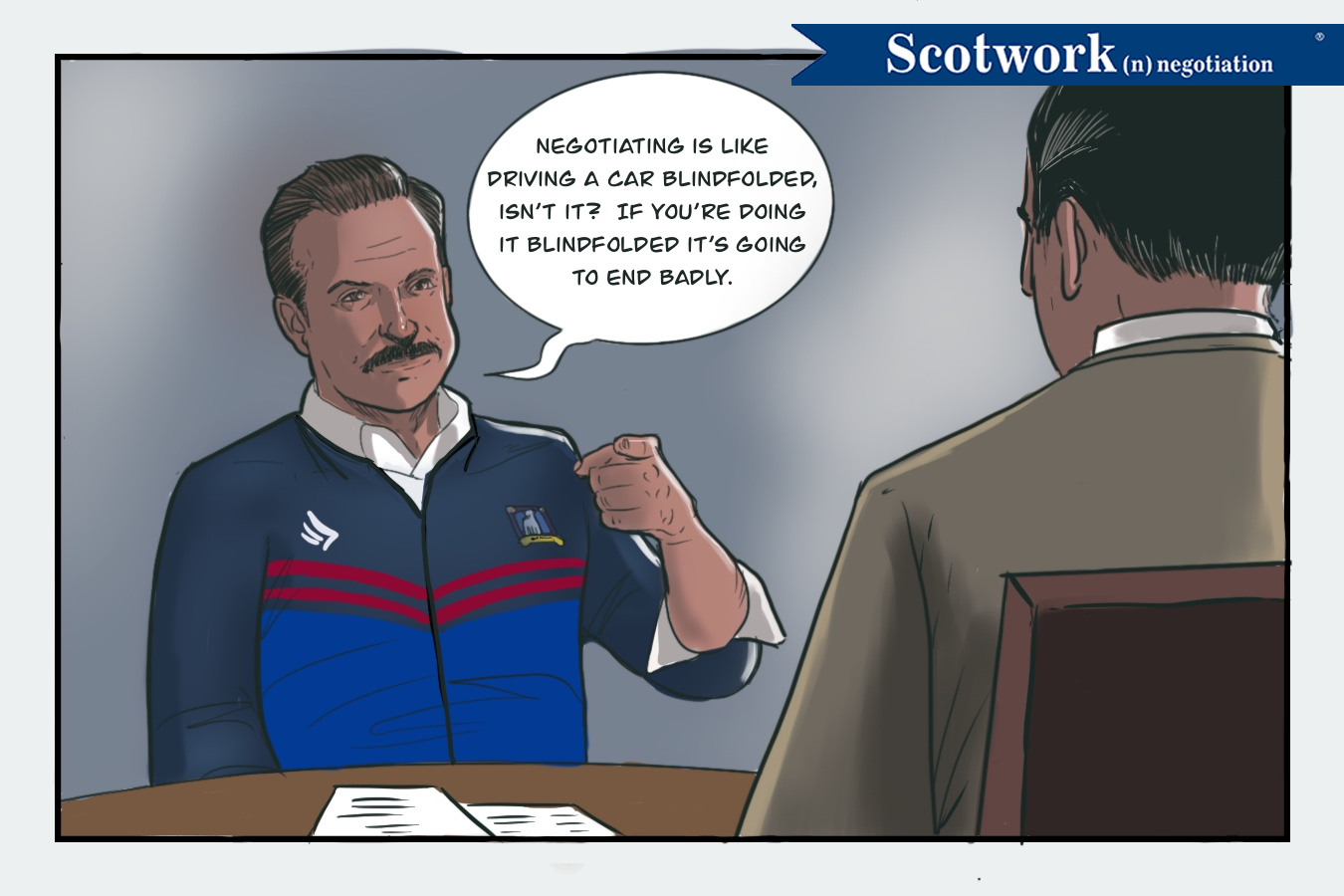 Among those who have fallen in love with the Apple TV+ series Ted Lasso, many of us have grown fond of the character Nathan Shelley, a coach for the Richmond football team (known as soccer here in the US). In Season 2, Episode 5, Coach Nate is faced with a precarious situation when he must negotiate with a host at the restaurant his father “complains about the least.” Coach Nate tries to procure the window table for his parents’ 35th wedding anniversary dinner, but the host insists that they don’t take reservations for that table. Using what he believes is his leverage, he name-drops Roy Kent — a star footballer who’s also a coach for the Richmond team — to which the host replies that if Roy Kent comes in, he can have the table.

Leaving the restaurant defeated, Coach Nate goes to find some support. He seeks the advice of Rebecca, the team’s owner, and Keeley, its PR manager, who help him prepare for his next encounter at the restaurant. When faced with this challenge, Rebecca does what she always does: She offers to buy the restaurant, but Keeley retorts, “You know the old saying? You buy a man a table, he eats once. You teach a man how to get a table and he eats every day until it becomes a Starbucks.”

And with that, the preparation begins. They start by trying to better understand the challenge that Coach Nate is facing. It turns out that he isn’t feeling confident about his ability to be assertive and ask for what he wants. To help him, the women set up a makeshift host stand with Keeley playing the role of the host. They present Nate with a few different scenarios and have him role-play the experience. Through this rehearsal exercise, Rebecca and Keeley are able to give feedback and tips on ways that he could overcome his fears by preparing for the different scenarios and, thus, feel confident. Fortunately, he knows what he wants — he just has to practice asking for it. Their parting words: “Find your own way, but don’t back down.”

Fast-forward to the night of the dinner, when Nate returns with his parents and is immediately seated at a back table while the window table remains unoccupied. No, things don’t go as planned, so like all good negotiators, Nate steps away and regroups. Remembering his preparation with Rebecca and Keeley, he returns to the host and makes a proposal: He says they don’t understand how quickly a gaggle of Shelleys can eat. He states that they will order a starter, a main course, some dessert, and a bottle of wine. They will then leave—implying that they would be done in time for the next guests to be seated there. Guess what? The host seats them at the window table.

Of course, these types of situations don’t exist solely within the world of TV series. In fact, after watching the show, I recalled a recent contract negotiation I was in with a client. We began talks on this contract in early January 2021, but after several months, we couldn’t seem to agree on a few important positions. This led to us not arriving at a deal. Much like Nate and the host, we just weren’t seeing eye to eye.

We regrouped and considered other approaches. If we couldn’t agree to the existing constraints, could we agree to other terms? With a fresh perspective, we formulated a new strategy and provided a counterproposal that found a way to address the needs of both parties. Ultimately, we were able to get a deal that everyone could support.

At the end of the day, finding our own way via effective negotiating techniques kept our deal alive. Like Coach Nate, we prepared and regrouped, we combined critical thinking with perseverance, and, best of all, we were able to get a seat at the window table.

We Can Help You Negotiate Through Virtually Any Issues.

Negotiations are often fraught with all sorts of issues. If those issues are not addressed properly, and the participating parties continue not seeing eye to eye, a potentially valuable deal could very well die. We can help! Drawing on 46 years of real-world negotiating experience, we’ll assist you with getting better deals, saving time, and creating value for all involved — not to mention preserving and even strengthening relationships. Let us partner you with one of our advisers, ensuring that you’ve got the broadest view of your deal.