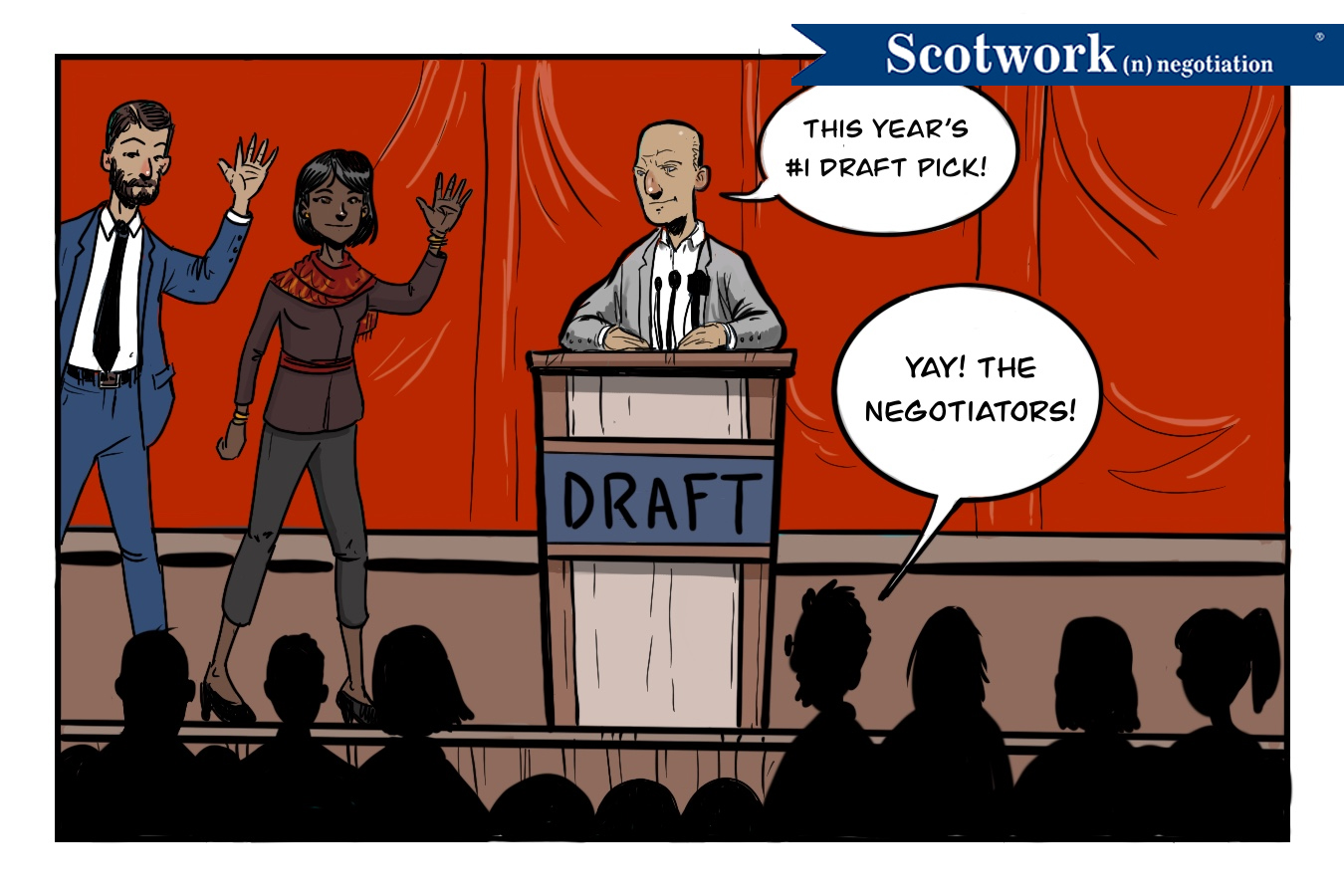 I love the NFL draft! It has to be in my top 5 for sporting-event weekends. I enjoy all aspects of the three-day extravaganza — in particular, the back-channel negotiation that happens between teams. It all starts with how each player is scrutinized, ranked, and assumed a suitor based on their positional needs. Then there’s the wheeling and dealing that always occurs before and during the draft, when teams move up or down based on key players they want. Finally, there’s the instant analysis (and hyperbole) for the next week, provided by the “experts.” It’s a nonstop roller-coaster ride of emotions, but the real game takes place behind the scenes.

This year, my beloved New York Giants were in a peculiar position. They had a relatively high pick — #11. Some of the “experts” had them taking a star wide receiver from Alabama, while others had a hyper-athletic defensive end from Miami, and more conservative pickers had them taking an offensive lineman. The problem is, the Giants needed all of those players, because one player wasn’t going to dramatically change their team.

They found that team in the Chicago Bears. Another aspect of a skilled negotiator is being able to evaluate information and how it impacts their power (or leverage). The Giants knew that the Bears were desperately seeking their next star quarterback. Prior to the draft, the Bears were rumored to have offered a king’s ransom to the Seahawks for their star quarterback. Armed with this knowledge, my Giants knew they were in a good position to make a trade with the Bears.

In the end, they made that trade and got what they needed (four total draft picks: two this year and two more next year), while the Bears got what they wanted (the 11th overall pick). Another trait of a skilled negotiator is creating deals where everyone can win. Doing that requires understanding what’s important to the other side and giving it to them in ways that are acceptable to you. In fact, when all was said and done, the “experts” gave the Giants an “A” for overall performance, with an “A+” coming on the first day of the draft around their trade with the Bears. The Bears also got an “A” for their performance. Both teams won.

It was exciting to watch. What a haul! Who knew that each team’s secret weapon would be their skilled negotiators?

We Can Help You Develop Your Secret Weapon.

Are you not getting enough value out of your deals? Are you wasting time and damaging relationships in the process? Then it’s time that you developed your secret weapon. We can help! Drawing on 45 years of real-world negotiating experience, we’ll assist you with getting better deals, saving time, and creating value for all involved — not to mention preserving and even strengthening relationships. Let us partner you with one of our advisers, ensuring that you’ve got the broadest view of your deal.

Michael Roche
Back to Insights