The Secret Science of Negotiating 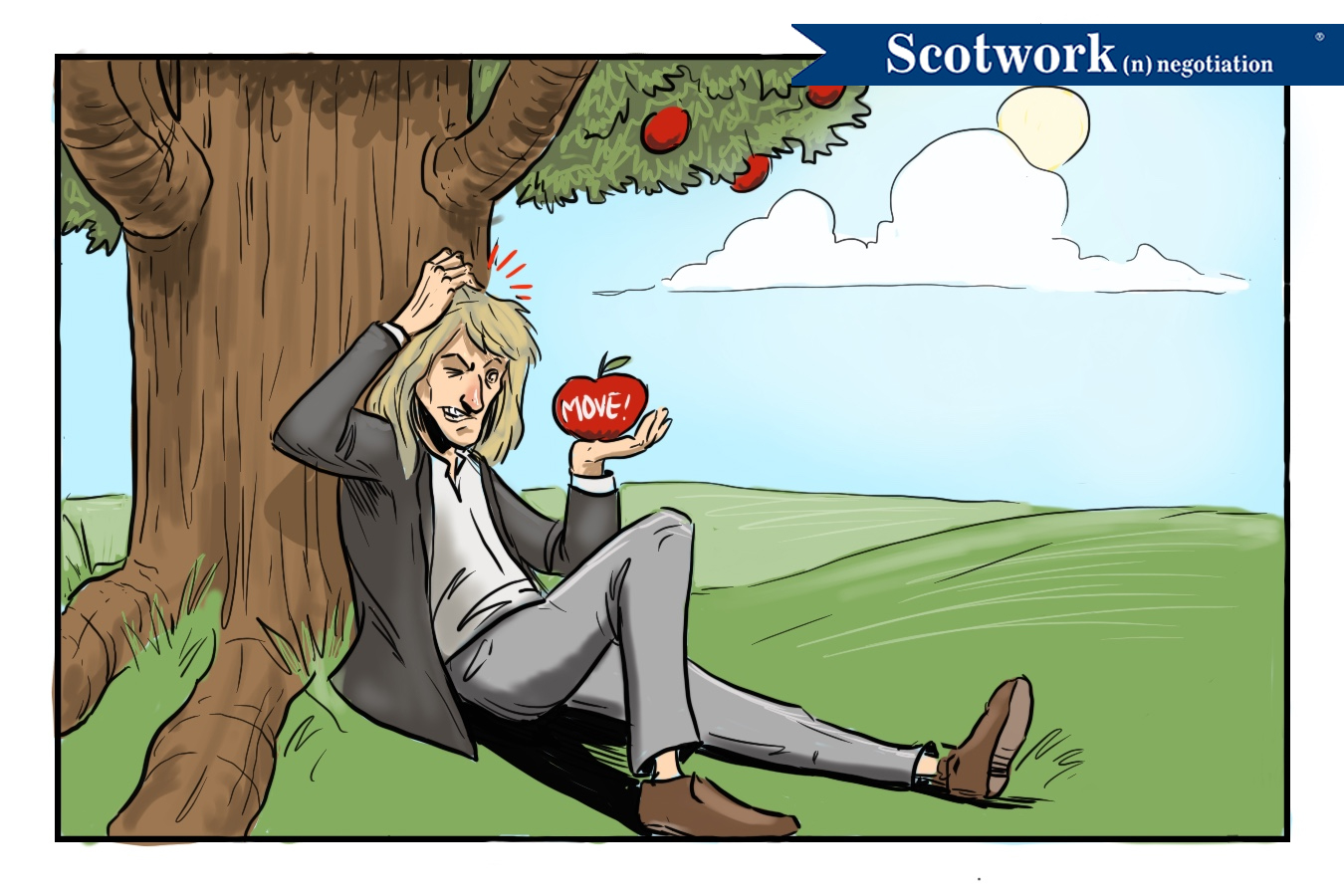 Anyone who’s taken a high school physics course has heard of Sir Isaac Newton and his three Laws of Motion. Decades ago, when I first learned about them, I had no idea that I would one day apply them to negotiating. In particular, I use them when I need to get someone to do something differently, or I need to get a deal done faster, or when I try to keep a deal from stalling. Here’s how it works . . .

Newton’s first Law of Motion: An object at rest remains at rest, and an object in motion remains in motion at constant speed and in a straight line unless acted on by an unbalanced force.

If you’ve ever been in a situation where you’re trying to get someone to do something differently or you’re trying to alter the status quo, then this first law will apply. Getting the other party to change their position or even engage in negotiating with you requires an unbalanced force.

At the negotiating table, an unbalanced force will come in the form of an opportunity or a threat. Opportunities are incentives for the other party to do something differently, whereas threats are sanctions that will harm or lessen the other party’s position if they continue the course they’re on. This is where it’s critical to understand the reasons why the other party continues on their desired course. Through that understanding, you can find the right incentives and/or sanctions to create the unbalanced force you’ll need in order to bring about change.

Newton’s second Law of Motion: The acceleration of an object depends on the mass of the object and the amount of force applied.

If you’ve ever been in a situation where you’re trying to get a deal done faster, then this second law will apply. Moving through a negotiation expeditiously not only requires efficient negotiating behavior, but also a sense of urgency.

The mass and amount of force we can bring to a negotiation in order to accelerate it will come in the form of an impending consequence. That consequence could be taking advantage of a limited-time offer or fear of missing out on something (yes, FOMO can work for you). These consequences are usually time-bound. The greater the opportunity or threat and the shorter the time frame, the more mass and force will be exerted on the negotiation. Using time-bound consequences can help you accelerate the negotiation to a resolution.

If you’ve ever been in a situation where both parties seemed emotionally attached to the deal’s outcome, then this third law will apply. I think of Newton’s third law much like the Golden Rule “treat others as you would like to be treated.”

When we both have a vested interest in the outcome, I find that we will, more often than not, mirror the behaviors we’re seeing at the negotiating table. Therefore, if you’re aggressive and overbearing, expect to see the same behavior from the other side. If you’re calm and collected, then there’s a good chance that the other side will be as well.

These are all great laws to apply to your own negotiations. Recognize the situation and apply accordingly. (By the way, if you talk to my high school physics teacher, Mr. Brett, let him know that I was paying attention!)

We (and Sir Isaac Newton) Can Help Improve Your Deal Outcomes.

During the course of your negotiations, have you wanted to get the other party to do something differently? Have you had the desire to get a deal done faster? Have you tried to keep a deal from stalling altogether? We — along with our trusted advisor Sir Issac Newton — can help! Drawing on 46 years of real-world negotiating experience, we’ll assist you with getting better deals, saving time, and creating value for all involved — not to mention preserving and even strengthening relationships. Let us partner you with one of our advisers, ensuring that you’ve got the broadest view of your deal.

Brian Buck
More by Brian Buck:
Fight or Flight?
Runaway?
Back to Insights