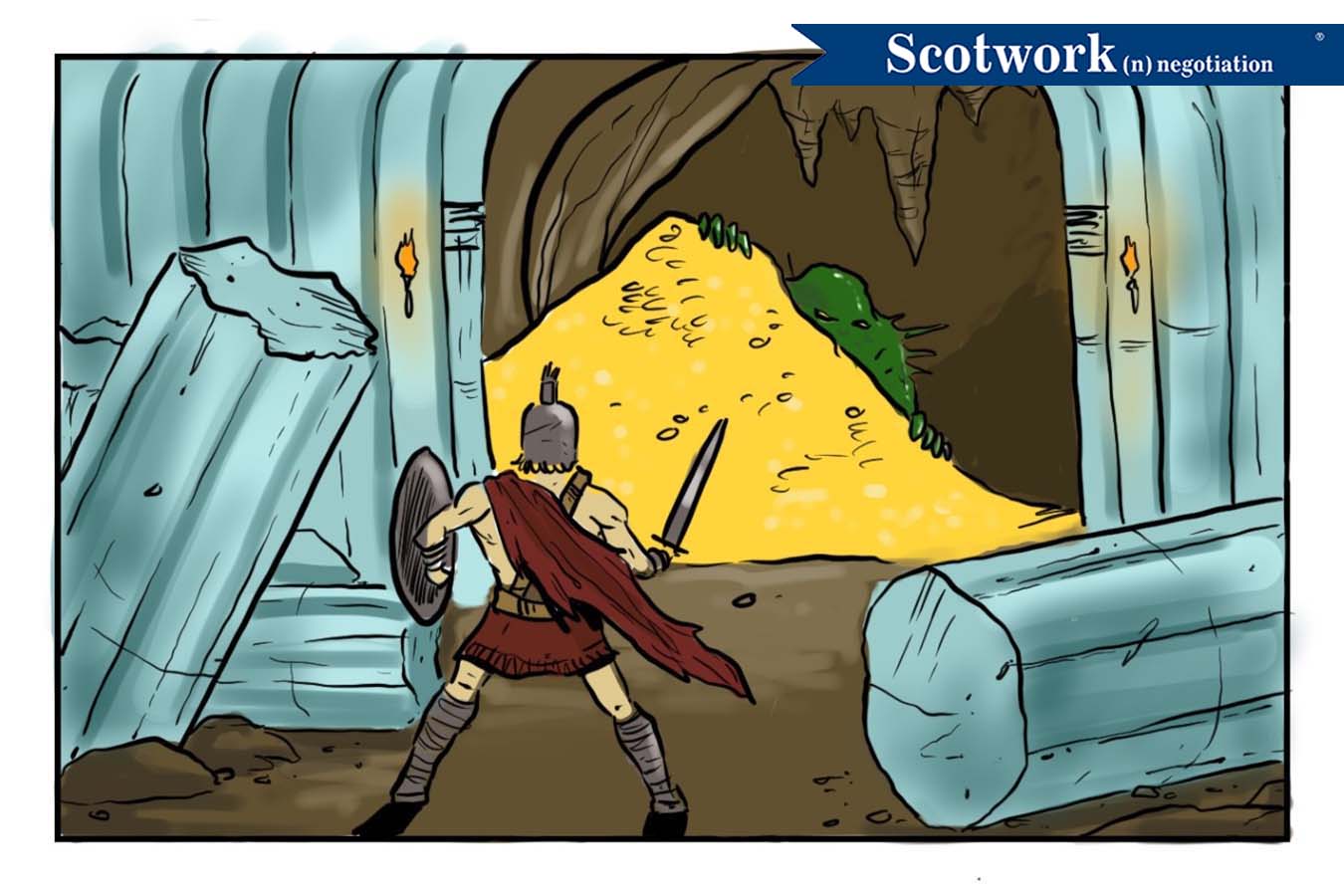 At the very beginning of the pandemic, we did a webinar called Negotiating in Uncertain Times. It was hugely popular for obvious reasons — at that time, no one knew what to expect. Eighteen months later, uncertainty hasn’t gone away; it’s merely changed. Instead of being uncertain about the virus, we’re now uncertain about inflation and supply chains returning to normal, or maybe about the Great Resignation and vaccination mandates. However, I believe that the way we dealt with uncertainty at the beginning of the pandemic is the way we need to deal with it now.

The biggest issue regarding uncertainty is knowing how to plan. Uncertainty disrupts our normal paradigms. The rubrics we used to forecast the future or the decision-making criteria we relied upon are typically sent into a tailspin during times like these. At the start of the pandemic, we all had to adjust to a new normal. What we didn’t know back then was that our new normal was going to be one of constant change. That’s been the case for most of 2021, and it looks like that will be the case for 2022 as well. If you’re planning for the new year, what can you do to adapt and adjust to the uncertainty?

When we’re dealing with uncertainty, conditional outcomes are our best friends. Frequently, people will freeze and not do anything during these precarious times because they’re afraid of making the wrong decision and, as a result, being stuck in a compromising position. However, those of us running companies, managing teams, or overseeing vendor/client relationships know that non-action can lead to missed opportunities. It can also be an arena for debating or arguing with someone about the future (knowing full well that none of us can predict the future!).

For instance, let’s assume you have a vendor who’s telling you that prices are going up due to rising fuel costs. You may put forth an argument that rising fuel costs are temporary due to inflation, while the other side may argue that fuel costs are not coming down due to a push to move away from fossil fuels. Neither of you can be certain as to which is accurate; however, instead of arguing about it, make a conditional proposal — one that has you paying the higher rate while fuel prices are high and a lower rate when fuel prices are lower. It’s a way to place a bet on the future that allows you to move forward.

As circumstances change, we can assume that nothing has remained the same. The key to making good deals during times of uncertainty is to test all assumptions and take nothing for granted. We can’t assume that past indicators will be future predictors, or that what was a priority in the last deal will be a priority in this deal. Assume nothing and test all assumptions.

Skilled negotiators prepare with the other side in mind. As they do so, they make a list of assumptions about them — all the things they think the other side wants, what they want to avoid, issues of importance, potential goals, and desired outcomes. They then make a second list consisting of questions they’ll ask to test the assumptions from the first list. Before doing anything else, they go through the list of questions and test all of their assumptions. Based on what they learn, they adjust their strategy and move forward according to what they know — not what they assume.

In times of uncertainty, we often feel like we’re alone, dealing with issues that no one else has to face. This couldn’t be further from the truth. Whether you’re a business that’s thriving or one that’s challenged, we’re all operating within the same macroeconomic and sociopolitical circumstances. These are actually the best times to work more closely together with your partners, vendors, and clients.

When we’re unsure of our future, our natural tendency is to put up our defenses and become myopically focused. When this happens, we actually restrict creativity, miss opportunities, and become very one-sided. To protect yourself against this, seek to understand the other side’s needs, priorities, motivations, and constraints at the outset of your negotiation. Look for points of similarity in your situations, which can be used to frame the problem or opportunity as something that both parties can benefit from creating a deal around. In addition, acknowledge the parties’ differences that need to be addressed in order for a deal to be struck. Having this point of view ensures that you’re bringing the other party along with you rather than fighting against them.

In the end, the only thing we know for certain is that change will happen. As famed UCLA basketball coach John Wooden once said, “If we fail to adapt, we fail to move forward.” Adapt to the uncertainty and move forward.

We Can Help You Deal With Uncertainty.
During times of uncertainty, the rubrics you used to forecast the future or the decision-making criteria you relied upon are typically sent into a tailspin. Change is perhaps the only certainty, and it’s critical that you adapt and adjust accordingly, particularly in the midst of negotiations. We can help! Drawing on nearly 50 years of real-world negotiating experience, we’ll assist you with getting better deals, saving time, and creating value for all involved — not to mention preserving and even strengthening relationships. Let us partner you with one of our advisers, ensuring that you’ve got the broadest view of your deal.