Are You Hurt or Injured? 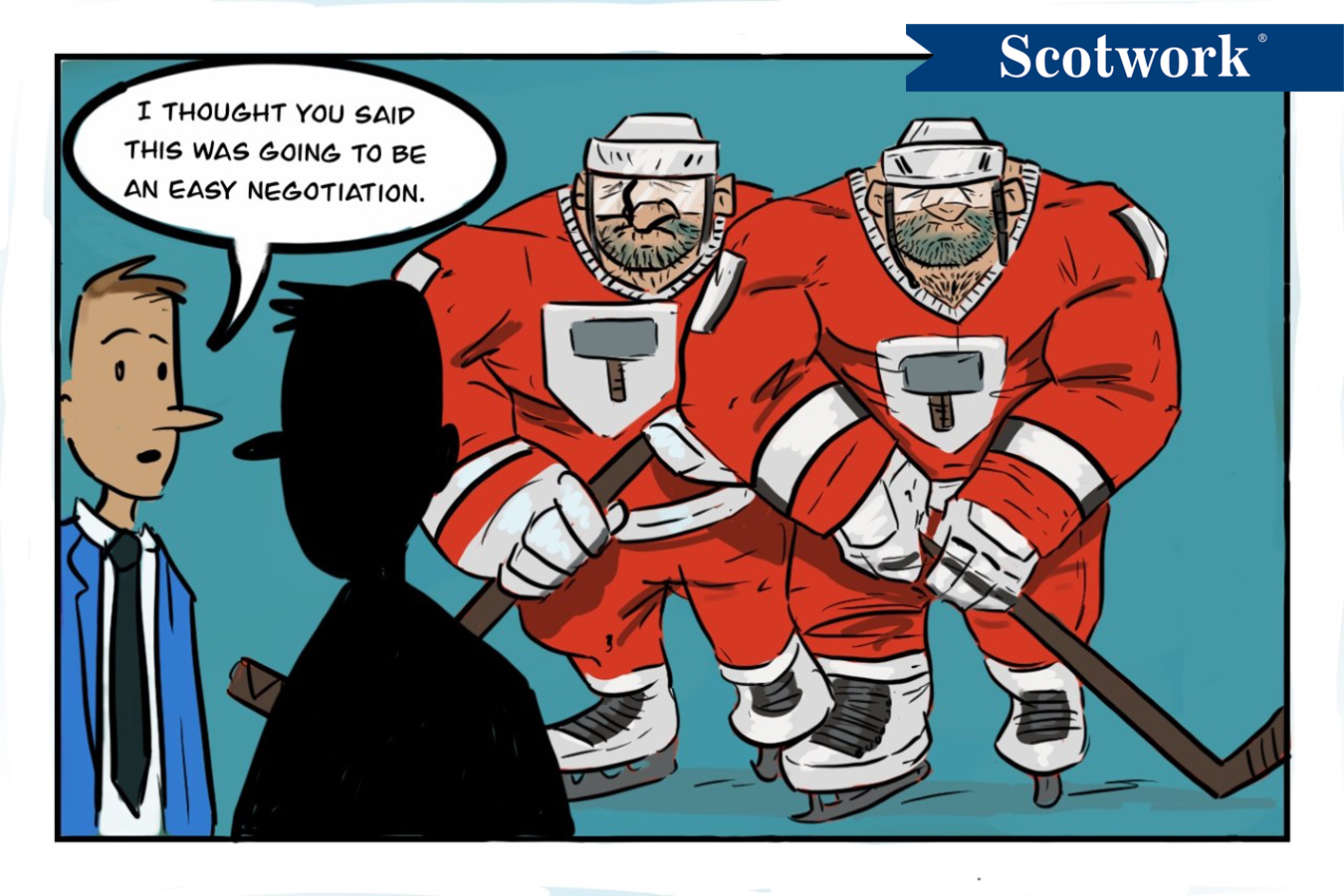 Recently, I was talking with a friend of mine who’s a former NHL player. I was commenting on players’ toughness, how they play when they’re hurt, when he said, “The question is always, ‘Are you hurt or are you injured?’” I had never drawn that distinction. The idea is that if you’re hurt, you can play through it, but if you’re injured, you should stop to heal. That got me thinking about what it means to negotiate hurt or injured.

In the context of hockey, a player who’s playing hurt has an injury that’s not debilitating. In other words, playing with the injury won’t cause further injuries. This could be a bruise, a missing tooth, a cut over the eye, or any number of other wounds that can plague a professional athlete. While some of these may be painful, they don’t inhibit performance.

In the context of a negotiation, I think of negotiating “hurt” as someone who has an irritation they’re dealing with. This could be about how the other side is always late, the anxiety they’re feeling about the outcome, the pace of the talks, or other elements that might annoy a negotiator but shouldn’t derail the negotiation.

Playing injured, in the context of hockey, concerns someone who’s playing with an injury that’s debilitating and hampers performance. In fact, playing injured could lead to more severe consequences and even permanent damage. Injuries can include a broken bone, a torn MCL, a concussion, or other more serious damage — all of which diminishes the player’s ability to perform at their normal level.

In the context of a negotiation, I think of negotiating “injured” as someone who’s trying to deal with immovable obstacles, whether known or unknown. These might include lack of trust between parties, tricks or other unethical tactics, disrespectful behavior, or other conduct intended to undermine or derail a negotiation.

Every negotiator has had to negotiate hurt. The trick is recognizing the problem and doing what you can to minimize its impact. Some suggestions to deal with negotiating while hurt:

- Gain alignment regarding the negotiation’s desired outcomes. This will help keep the focus on the ultimate goal (no pun intended).

- Take frequent breaks. This will help keep emotions in check (OK, maybe this pun was deliberate).

- Ask questions before reacting. This is a way to minimize assumptions and misunderstandings.

- Summarize your meetings. Do this throughout and at the end of every meeting.

- Highlight the momentum. This can be done at the beginning of meetings or when it feels like you’re losing sight of the finish line.

For any negotiator who’s tried to negotiate while injured, you know how impossible it is, which is why it usually leads to deadlock or having to walk away. If you find yourself in this situation, consider the following:

- Bring in a replacement. If the deal is important, find a substitute who can take over and, hopefully, better connect with the other side.

- Bring in others who can help buffer the situation. If you can’t be removed from the negotiation, your colleagues can at least take on more of the responsibility.

- Consider postponing. You may need to delay the negotiation until the injury can heal or the dynamics change.

Leave it to a former hockey player to shed some light on how we negotiate. As the hockey season begins, all I can say is, “GO KINGS GO!”


We Can Help Your Team Negotiate Through Irritation or Injury
Is your team dealing with an irritation at the negotiating table, such as the other side always being late or anxiety about the outcome? Worse yet, are they encountering immovable obstacles, like lack of trust between parties or disrespectful behavior? If so, they’re negotiating through pain or injury, and like a professional athlete, they could suffer diminished performance as a result. We can help! Drawing on nearly 50 years of real-world negotiating experience, we’ll assist you with getting better deals, saving time, and creating value for all involved — not to mention preserving and even strengthening relationships. Let us partner you with one of our advisers, ensuring that you’ve got the broadest view of your deal.

Brian Buck
More by Brian Buck:
Just Say "YES"!
Why Won’t They Do What I Want?
Back to Insights