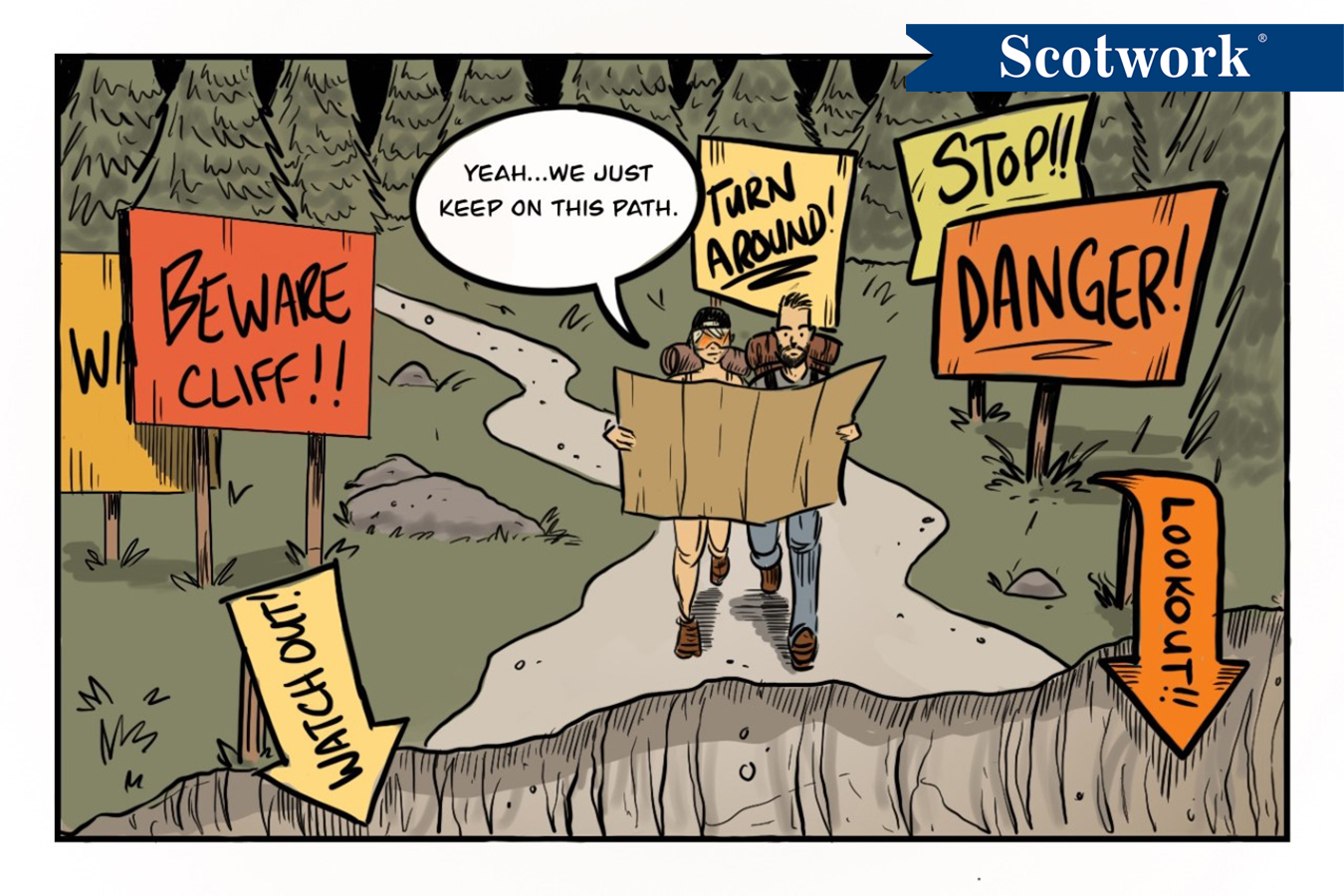 We recently hosted a webinar titled Negotiating During Times of Inflation. As I prepared for it, I was neck-deep in research. I found myself talking to a lot of people about the economy and how to make timely adjustments at the negotiating table. One such conversation led me to realize that many leaders have no idea they’ve got a problem till it’s too late.

As leaders, we look at many lagging indicators, like booked revenue, total spend, and profit/loss. These things have already happened and, as such, there’s nothing you can do other than learn from them. In fact, most leaders struggle to identify the leading indicators in their business that will help them adjust before results are finalized.

When it comes to making deals, many people are surprised to learn that there are leading indicators and behaviors that will tell them that they’re about to have a problem at the negotiating table. Here are a few things to be on the lookout for, as they may prevent unnecessary pain.

As obvious as this sounds, it’s one of the biggest indicators that your team will struggle to find success. You need a plan not only to know what you want to achieve, but also how you’ll achieve it. Many leaders don’t even talk to their teams about their plans prior to a negotiation.

When asking to see a plan, check if your team members:

- Have an understanding of what’s important to the other side, or have at least made reasonable assumptions

If they don’t know the above, then they’re destined for a protracted negotiation marked by wasted time and a disappointing outcome.

There’s too much focus on just closing the deal

In sales organizations, salespeople are often hounded about getting deals done and maximizing their value. Likewise, in many procurement organizations, sourcing managers are pushed to get contracts done and cut as much spend as possible. Those outputs frequently overshadow a negotiation’s gaps and missed opportunities.

When emphasis is placed on simply getting to the finish line, compromising decisions are often made toward the end of a deal. It’s not uncommon to hear about deals that meander about till a deadline forces a flurry of activity that often leads to people acquiescing just so they can have the deal in hand. That’s how bad deals are made and value gets left on the table.

The above is typically a byproduct of lack of planning, but it also happens when we don’t define what a good deal looks like. If your team has no idea what success is, beyond just getting the signature, then they’ll define it themselves. That will lead to inconsistency, depleted value, and lackluster results.

There are no alternatives

This is not about the “must-win” deal or negotiating with a single-source supplier. This is about not having alternative approaches to achieving success. Most negotiators develop only one strategy for how they’re going to achieve their objectives. For instance, they plan to offer volume incentives to get better pricing, but what if volume is not a price-driver? Then what do they do?

Options create opportunities. When you have no options, you’re stuck. You’re subject to panic and poor decision-making. You’ll unnecessarily give things away. You’ll waste time trying to convince the other side that your strategy is sound. You’ll miss opportunities to create value and achieve your goals.

Ask your team about their strategy and see what they say. Hopefully, they have one. If they do, then ask the follow-up question: What happens if that doesn’t work? If they don’t have alternatives, know that they’re susceptible to everything stated above.

The more aware you are of how your team is approaching the negotiating table, the more problems you can prevent before they arise. Instead of waiting for a bad deal to happen, be proactive and do a little digging with your team to see if they are, in fact, ready for success.


We Can Help Your Team Avoid Unnecessary Pain at the Negotiating Table.
If you’re not aware of leading indicators and behaviors pointing to problems your team is about to have at the negotiating table, then your team is about to have problems at the negotiating table. We can help! Drawing on nearly 50 years of real-world negotiating experience, we’ll assist you with getting better deals, saving time, and creating value for all involved — not to mention preserving and even strengthening relationships. Let us partner you with one of our advisers, ensuring that you’ve got the broadest view of your deal.

Talk to one of our experts today

Brian Buck
More by Brian Buck:
Cupid Can Kiss My Ask!
Beware the Hammer
Back to Insights