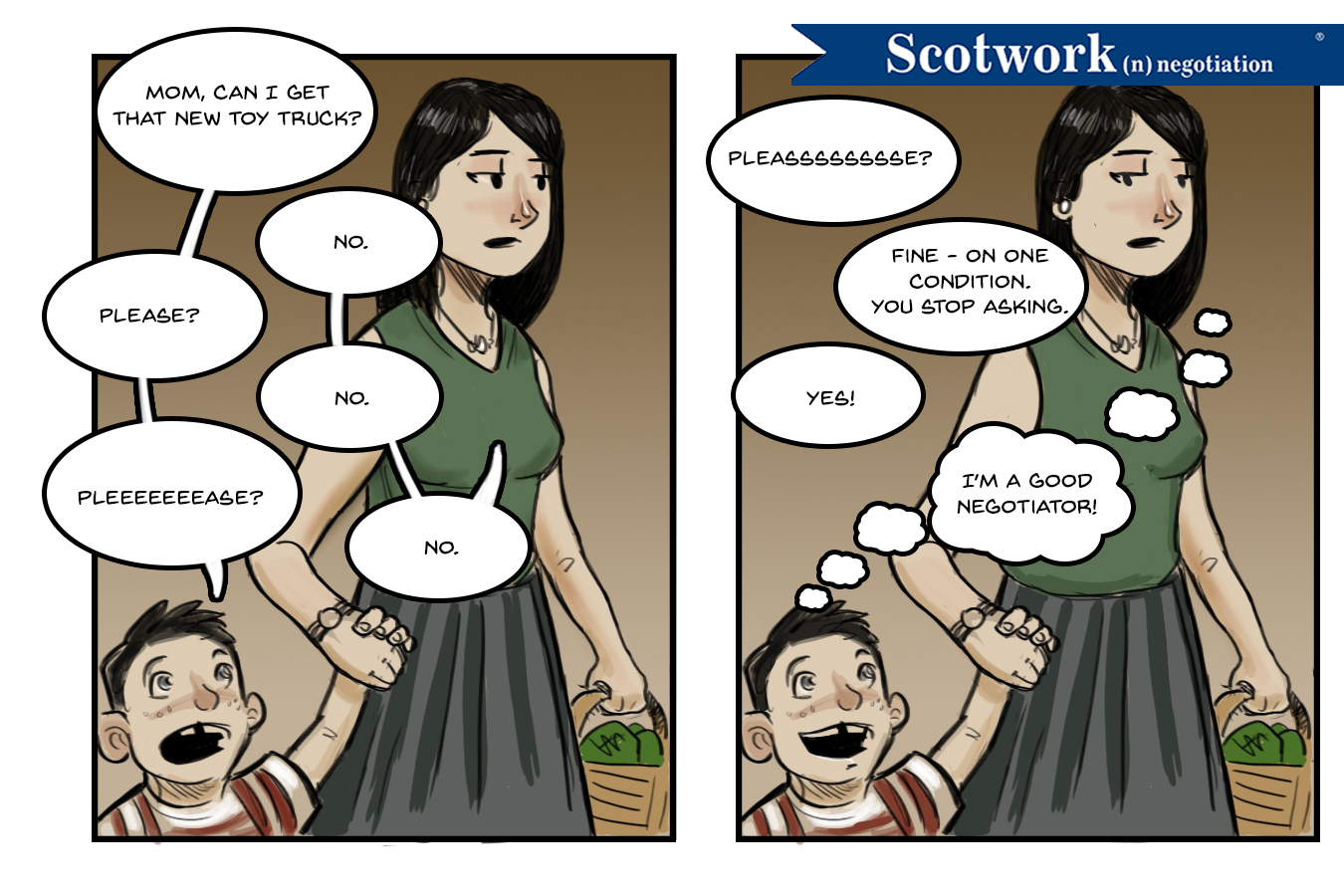 On a recent day trip to San Francisco a storm came through and delayed all flights. I knew I wasn’t getting home when I had planned. While waiting for my flight the gate agent announced, “This flight is oversold and with the delays we are looking for passengers to give up their seats for a later flight. If you can give up your seat, we’ll make it worth your while.” Three of us immediately got up to talk to her about the offer. She told the first two, “We’ll get you on the next flight that leaves in a few hours and I’ll give you $200.”

I was surprised by what they said... they said, “No”. They didn’t ask for anything different and the gate agent didn’t offer anything different - everyone seemed satisfied with “No”. When it was my turn I took a slightly different approach. I told her, “That’s not really worth my seat but if you could guarantee me first class and give me $500, I would take the later flight.”

Admittedly, I tend to be more like the first two people if I don’t like an offer that I don’t need to take. If the impact is relatively inconsequential I usually walk away without further negotiation. But that night came on the heels of a lengthy debate with my youngest daughter about something she wanted to do. I told her “no” but she kept after it. “No” didn’t seem to phase her. In fact, it seemed to signal to her that it was time to negotiate! So she did. And she kept after it. With every “no” she found a different way to ask the same question, pushing the boundaries, looking for a chink in the dad-armor. Needless to say, she found it and we reached an agreement. So I was probably more aware of “no” when the gate agent made her offer.

That experience reinforced that you’ll never get what you don’t ask for. The next time you hear an offer you don’t like, take a tip from my daughter, ask for what you want and see what happens. Don’t let “no” be the end, let it be your “go”!

Brian Buck
More by Brian Buck:
You Negotiate More Than You Probably Realize
It's Not the Phalange!
Back to Insights