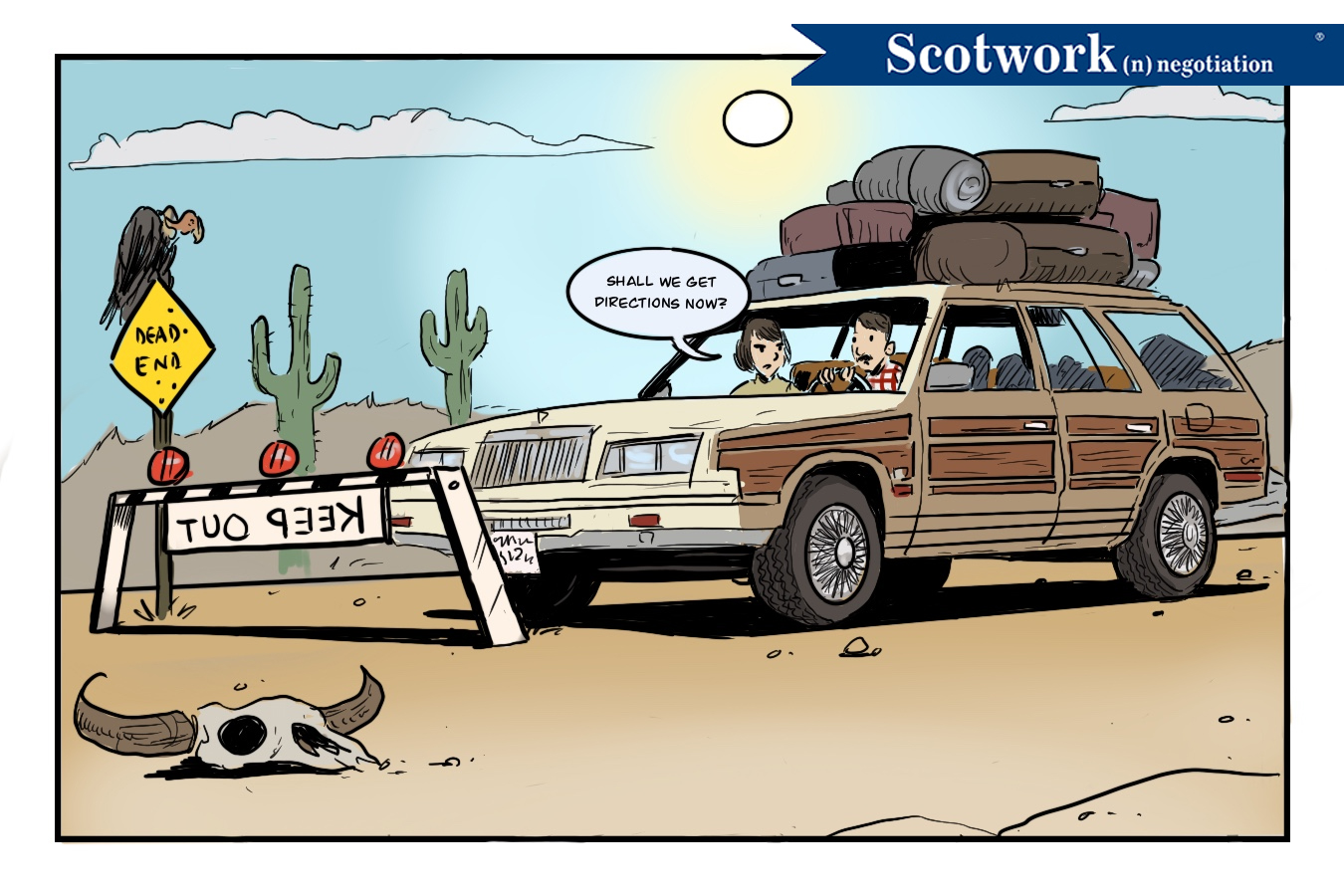 I hate when I make a mistake. It’s not because I expect to be perfect; it’s because I find that my mistakes usually mean that I let someone down or created unnecessary issues — two things that I really hate doing. Therefore, I hate mistakes. But they happen. They happen to all of us. That said, what happens when a mistake is made during a negotiation?

When the pressure is on at the negotiating table, we fear making a mistake that will be detrimental to the outcome of the deal. I would argue that how you handle the situation will determine the outcome more so than the mistake itself.

I and every negotiator I’ve ever worked with have made mistakes at the negotiating table. Why? Because we’re human. Certainly, proper preparation and practice can help mitigate mistakes, but they still happen. Unfortunately, in today’s image-conscious world, the most common reaction that I see from dealmakers who have made mistakes is to deny, blame others, ignore, spin the truth, or even dig their heels in deeper. Their hope is that, somehow, the other side won’t notice the mistake and all will be forgotten. Hope might be the right strategy for a minor gaffe, but when the gaffe is significant, blame, denial, and ignorance will only exacerbate the problem.

According to an article from Inc. Magazine, one of the most important leadership skills is admitting when you're wrong. It’s actually pretty darn important to being an effective negotiator as well.

When you make a mistake at the negotiating table, here are 3 tips for how to handle the situation:

I’ve observed that, in situations in which a mistake was addressed quickly and effectively, the impact to the negotiation was minimal, or at least a lot less significant than if the mistake went unaddressed. However, when allowed to fester or take on a life of its own without ownership or correction, the mistake can prove costly — not just to the deal itself, but also to the negotiator’s credibility.

So, for the sake of better deals everywhere, accept that you will screw up at some point and get really good at handling it when it happens. All of your deals will get better if you do.

Let Us Help You Handle Mistakes Made at the Negotiating Table

Mistakes at the negotiating table happen. It’s how you handle them that matters. We can help! Drawing on 45 years of real-world negotiating experience, we’ll assist you with getting better deals, saving time, and creating value for all involved — not to mention preserving and even strengthening relationships. Let us partner you with one of our advisers, ensuring that you’ve got the broadest view of your deal.

Brian Buck
More by Brian Buck:
Negotiation Swagger
Ripped Off
Back to Insights