The Craziest Demands Ever! (Part 1) 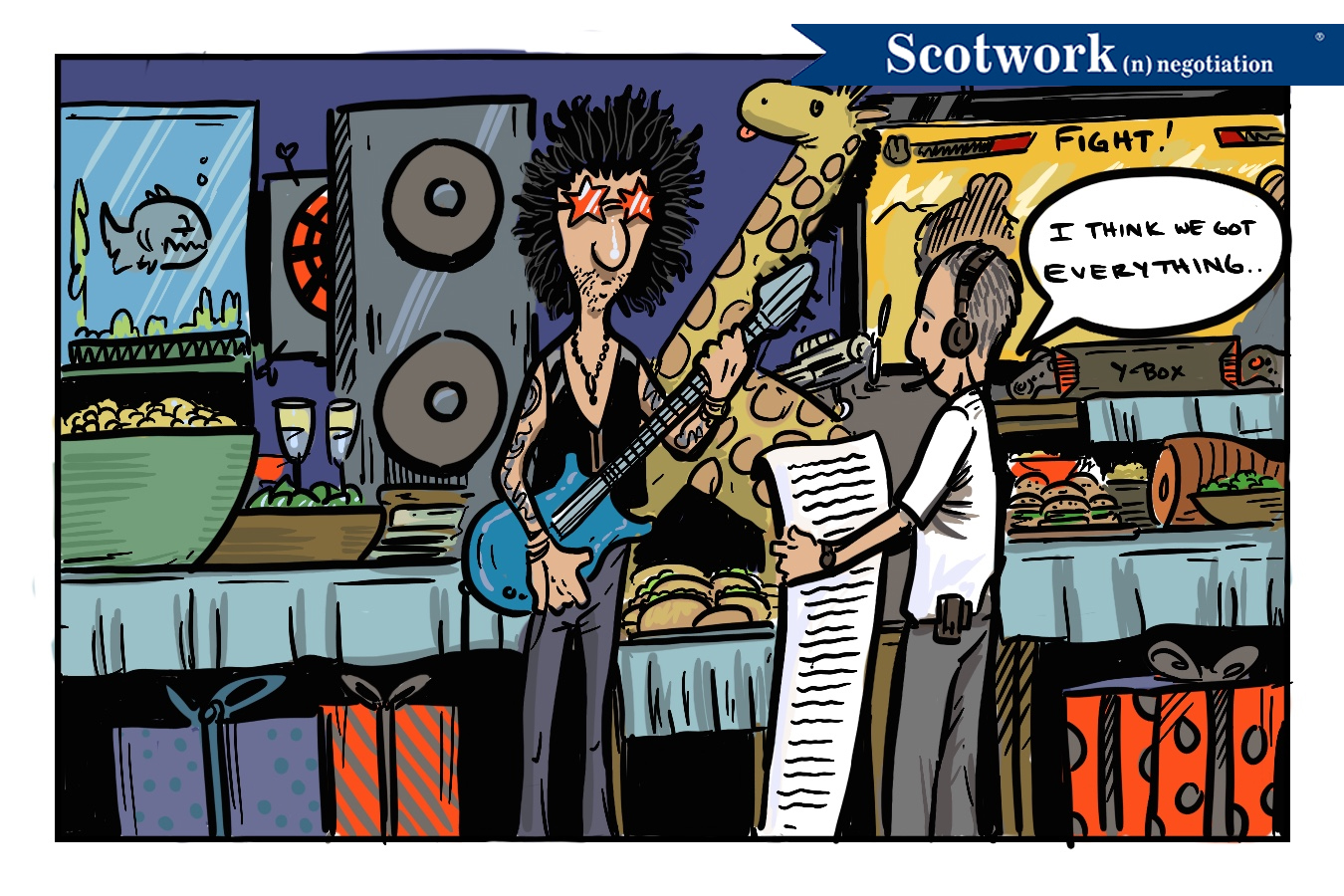 We’ve all heard those crazy stories about stars wanting only green M&M’s in their dressing room or water that’s at a specific temperature. Well, those demands are tame in comparison to the outrageous ones that I came across. In this two-part series, I’ll first look at some of the most absurd demands made by celebrities; then, next week, I’ll write about how to deal with outrageous demands in your world.

Will Ferrell: While his comedy Semi-Pro has a Rotten Tomatoes score of only 22%, Will Ferrell had a rider during the film’s promotional tour that was 100%. Namely, he required a Janet Jackson-style headset microphone, a mobility scooter, and a rainbow on wheels on stage. Yes, a rainbow on wheels.

Janet Jackson: Since Will Ferrell wanted a Janet Jackson-style headset microphone, it’s only fitting that we shine a light on the demands of Ms. Jackson herself. Her contract stipulates that if she’s on a bill with a comedian (cue Ferrell), then that comedian is barred from making any jokes about her or the Jackson family. There goes some comedian’s entire set . . .

Tom Cruise: One word: thongs. As you may know, Tom Cruise performs most of his own movie stunts. As such, he insists on a wardrobe of custom-made thongs, woven from a speciality fabric, which are apparently more comfortable for him to don while performing said stunts. More could be said, but in this case, less is . . . well, less.

Beyoncé: Not sure if this is for all the single ladies, but Beyoncé is particular about a few things. For one, her dressing room’s temperature must be 78 degrees at all times. That’s a little warm for my taste, but what I can get behind is that she also wants baked chicken (legs, wings, and breasts only, thank you), heavily seasoned with garlic, salt, and black and cayenne pepper.

George Clooney: Not sure how down-to-earth George Clooney’s demands were, but during the filming of the movie Gravity, he asked for a full garden, a basketball court, and a beach hut built right next to his trailer. I like the planet he lives on, and I hope to visit one day.

Jennifer Lopez: Honestly, I’ve never noticed how often Jennifer Lopez wears white outfits, but after reading her rider, I can say that I better understand her sartorial decision. You see, she requires an all-white dressing room, too, including white flowers, white tables, white drapes, white candles, white couches, and to top it all off, vanilla ice cream. No hot fudge . . . but I guess that makes sense.

Finally, leave it to Foo Fighters to make fun of the entire celebrity-hospitality-rider-list-of-demands routine. It’s reported that, on their 2011 tour, the band had a coloring book-themed rider complete with a word search and a maze. As part of their list of demands, they banned “lightsabers” and “garden gnomes.” I wonder if they also banned Star Wars-themed garden gnomes . . .

Brian Buck
More by Brian Buck:
Survive or Thrive?
The $5,000,000 Comma
Back to Insights