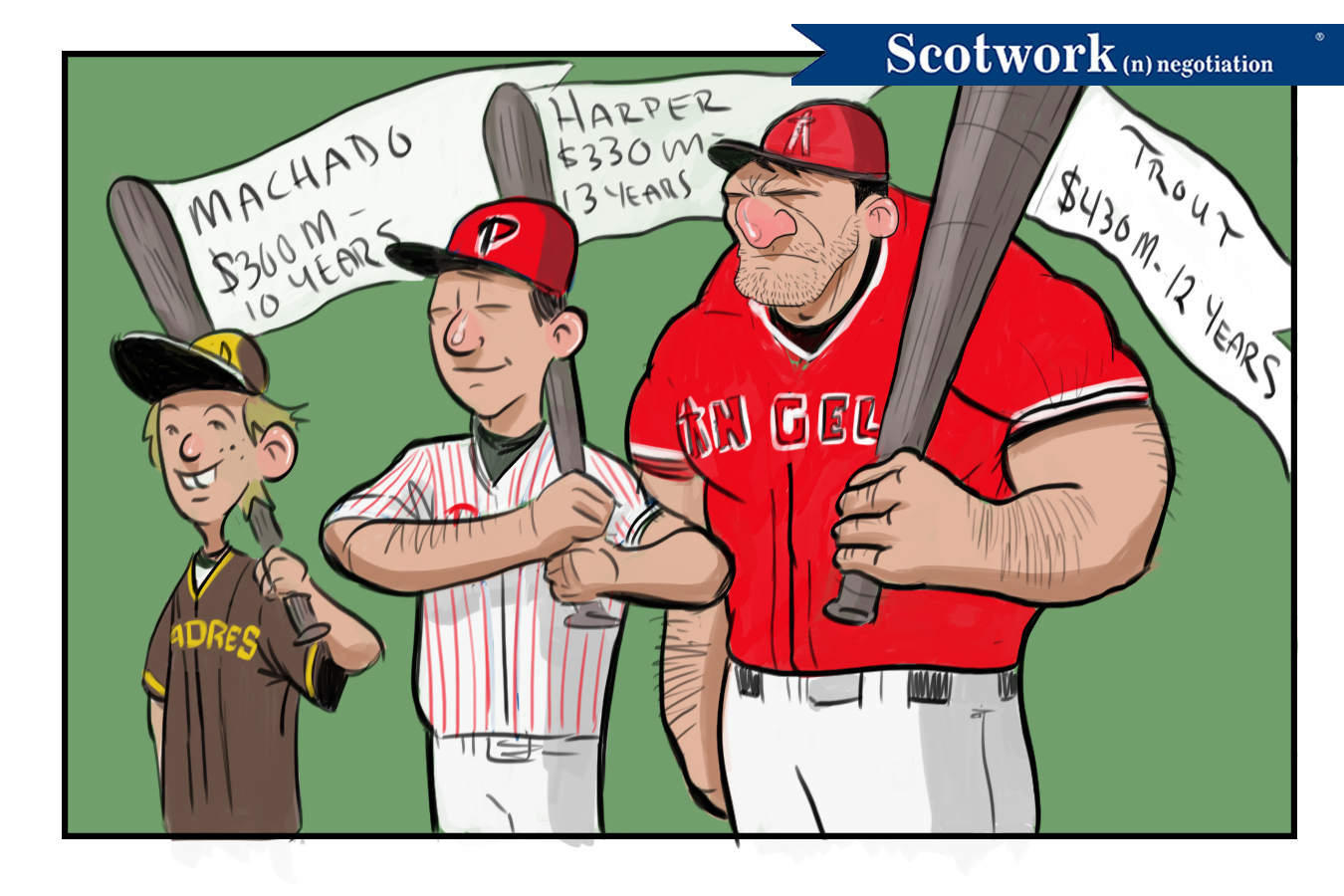 Baseball has changed forever. For a game built on tradition and steeped in history, it’s no small feat to change its very face, but over the course of four weeks during the off season, that’s exactly what happened. Many heard about the changes, but few may actually appreciate the precedent that was set and what will arguably reverberate throughout the game this season and beyond. Precedent itself can be the greatest agent of change within organizations, including MLB.

For the first time in recent memory, there were some monster perennial All-Stars available for free agency this off season. Typically, the courtship of these players and the signing of their contracts take place very early in the off season, most often by Winter Meetings (held in December). Not this year. None of the biggest stars was signed until nearly the end of spring training. That’s the first precedent set.

This first precedent made future free agents nervous. In fact, it created tension as players started to wonder if this was the new normal or if it was an anomaly. So much tension was created that one of baseball’s most respected players, Los Angeles Dodgers pitcher Clayton Kershaw, had this to say: “It’s not great for the game by any means. We got two guys that are 26-year-old superstars in the game. Obviously, I don’t know either side. I don’t know what’s going on on their side, what kind of offers they’ve been given. But you’d like to see them signed as well as the other 100 or so guys that deserve a spot.”

Kershaw is probably not alone in his thinking. Regardless, the first precedent has been set. Imagine what will happen in next year’s free agency market. Players could very well push to be signed early, owners may take their time, and tensions may continue to rise. However, we could see a very different spring training in the future.

With the signing of each contract, there was a benchmark for what the next person should be getting. The value of contracts in baseball is similar to that for home prices — the majority of pricing is based on the value of other homes in the area. As soon as the first young All-Star signed the big contract, it set a precedent for the next. In addition, from a publicity perspective, it also seemingly created pressure to make the next contract even more of a blockbuster — an even bigger headline-grabbing event in order to show fans that the club is investing to win.

Managing precedent is something every organization and deal-maker needs to pay careful attention to, as it can alter the future in unintended ways. Before making any offer or signing any deal, it’s good to reflect on these questions to make sure you’re managing precedent accordingly:

Your answers will help you to understand the precedent you might be setting. If you ask these questions prior to agreement, you’ll be able to alter the precedent. If you wait until the deal is done, it will be much harder to change.

Setting precedent can make or break an otherwise great deal. We can help you manage precedent to ensure future deal success. We can be your advisor, your coach, and your trainer. Whether you bring us in to create your strategy, or help you prepare, or develop your team’s negotiating skills - we can help you win at the negotiating table.

Brian Buck
More by Brian Buck:
Training the Enemy
It's Not the Phalange!
Back to Insights