Is It Taboo to Talk Politics? 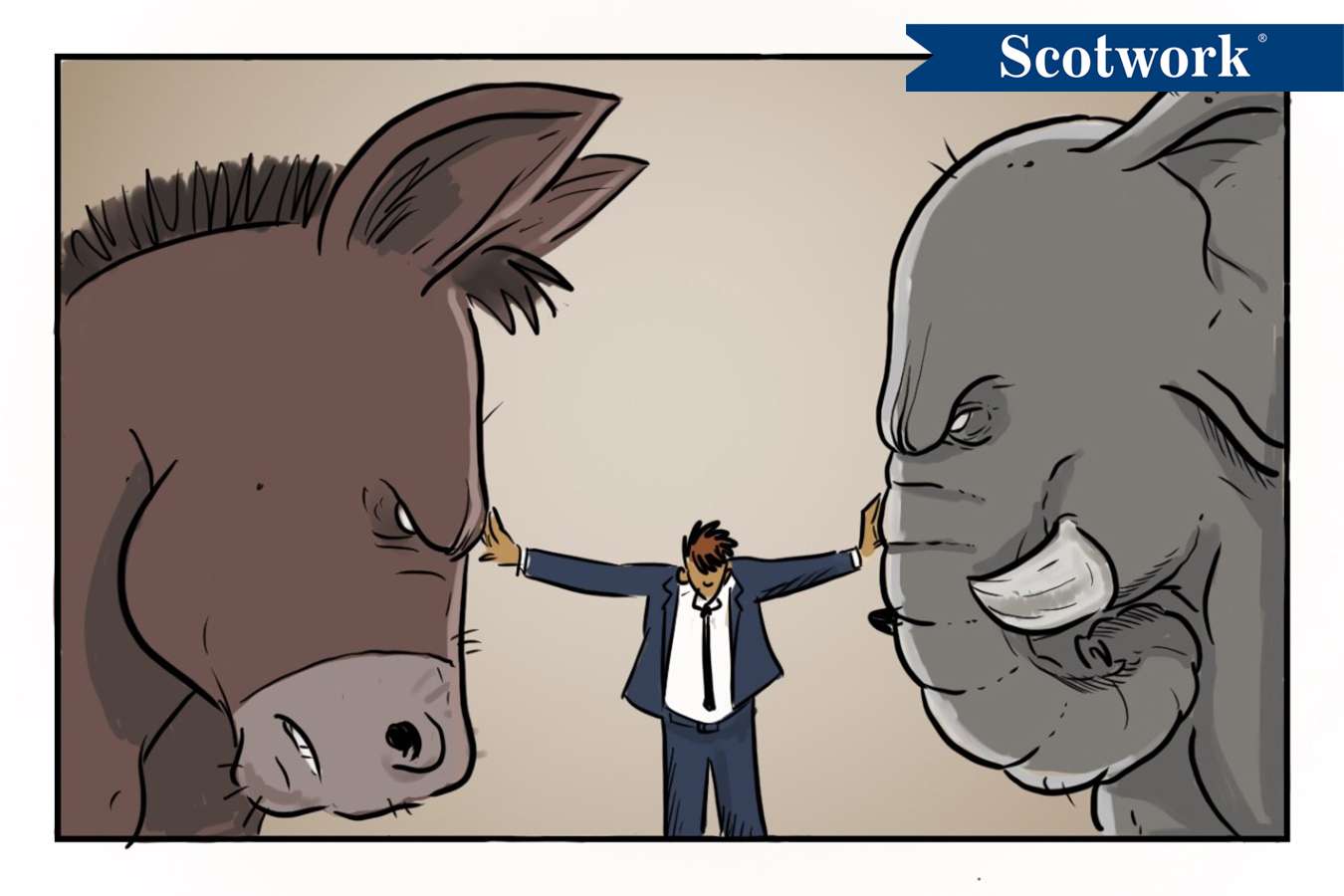 One of the most difficult things to do is discuss Congressional or government negotiations without bringing politics into the equation. As a negotiator, I view politics as merely one variable among many in the context of a negotiation. My personal style is to avoid bringing politics to the table — particularly in today’s charged cultural climate. Opinions shape political views, and those opinions are difficult to change, let alone to negotiate. So, what do you do when politics enters the equation?

A recent study found that 1 in 3 Americans are almost completely isolated from their opposing political party. Through self-selection or happenstance, we tend to live among people who have the same political views as we do. The more isolated we become, the more difficult it is to relate to others who don’t share our point of view, which is probably why most people find talking about politics difficult, contentious, and something to avoid at all costs.

So, what do you do when politics shows up at the negotiating table?

First, it’s important to understand that our political views are our opinions about how a government or society should be run. I’ll reiterate: they’re opinions. Opinions are formed by experiences and beliefs. As such, they’re difficult to argue with, let alone to negotiate. But they can influence our negotiations.

When a political view (think: opinion) hits the table, a skilled negotiator will listen and grow curious. They have an insatiable appetite for knowledge. They want to understand how the other side thinks, how they view the world, and what they value. Therefore, when an opinion is presented, their instinct is to seek understanding, not to persuade or dissuade. The more they understand about the other side, the better their position to negotiate in a manner that the other side understands.

In most political conversations, there’s an issue being discussed. Once they’ve listened to the other side, a skilled negotiator will seek to reframe the issue, minus the burden of politics. For instance, let’s assume there’s a discussion about what the administration should do, or shouldn’t do, to ease inflation, with the parties discussing the implications of those actions. A skilled negotiator will reframe the issue away from politics and toward a non-partisan discussion about what happens if inflation goes up or down. In other words, they move away from opinions about why inflation goes up or down, and they reframe the problem in terms of what will need to be done if it goes up or down. (FYI: Join our free webinar “Negotiating During Times of Inflation,” August 25, 2022, at 10 am PT.)

If a political conversation becomes heated, the skilled negotiator will defuse the situation by calling for a break. Following a summary of the discussion points and progress made, they’ll allow everyone time to cool off. Usually, a pre-break summary is factual, including all of the major topics discussed. However, if there’s been a heated political conversation, consider not summarizing the political debate — just the issue. Using the above example, you wouldn’t summarize that one side believes the administration is doing well with inflation while the other doesn’t. Instead, you’d summarize that you’re discussing the implications of inflation going up or down. Again, take politics out of the conversation and allow everyone to focus on the issues at hand, instead of the opinions.

Lastly, if you find yourself trapped in a circular political argument, make a proposal. A proposal will beat an argument every day of the week, and this situation is no exception. Your side and theirs may not be able to settle a disagreement over which political party is better, but you can certainly make some decisions regarding what to do if one of you is proved right. So, stop arguing and make a proposal that gets you back to making decisions about the issues at hand.

By the way, the above applies to all those other things that we aren’t supposed to talk about, like religion and baseball. Happy negotiating!


We Can Help Your Team Take Politics Out of Negotiating.
Are politics creeping into your team’s negotiations? We can help! Drawing on nearly 50 years of real-world negotiating experience, we’ll assist you with getting better deals, saving time, and creating value for all involved — not to mention preserving and even strengthening relationships. Let us partner you with one of our advisers, ensuring that you’ve got the broadest view of your deal.

Brian Buck
More by Brian Buck:
Why Are You Still Negotiating?
No Power?
Back to Insights