Yin & Yang of a Deal 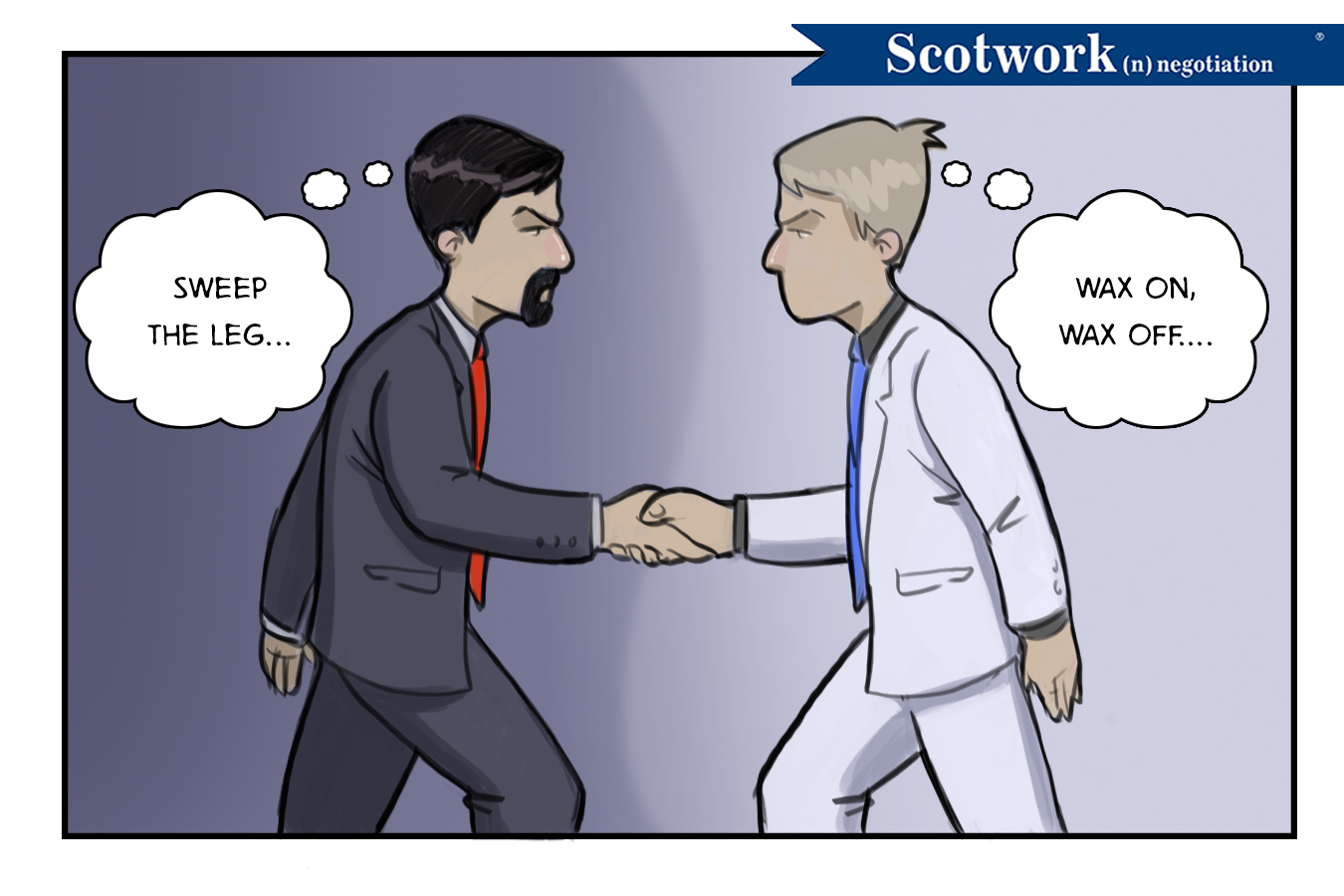 This past week, I was working with a sourcing team. We were developing a variety of negotiation strategies to help them formulate better deals with their suppliers. We ran some mock negotiations to put these new strategies to the test. In one particular simulation, we did a multilateral negotiation among three parties: the sourcing team, a supplier, and an internal business partner. The sourcing team was attempting to negotiate a deal with the supplier on behalf of the business partner. We had all three parties meeting together to work out a deal — which they narrowly did. Exhausted from the intense exercise, one of the participants made an observation about the process that changed the way that I analyze negotiations.

When I’m called in to consult on a deal, it’s usually because a negotiation has already gone bad, and my client wants me to help salvage whatever I can. In this scenario, you can imagine that tensions are high, emotions are hot, and trust is low. This is a combination that’s indicative of a competitive negotiation in which winning is more important than the outcome itself.

The next-most common scenario I’m called in for is when the client considers the deal critical. In this case, the client typically feels that they don’t have a lot of leverage. They’re fearful about losing the deal and are willing to do just about anything to get it done. This is a recipe for a lopsided outcome in which one party gives a lot away just to ink the deal and is relieved when it’s done. However, with time, regret settles in as they realize what it cost them simply to reach the finish line.

The least-common scenario I’m called in for is when there’s no fear about the negotiation, both parties are willing to work together, and the outcome is important but not critical to the business. These deals are generally a little more balanced and tend to go more smoothly. Unless, of course, the relationship changes, or tensions rise, or someone starts getting greedy. Then the deal can quickly fall into one of the above scenarios . . . in which case, I get a phone call.

The dealmaking process I watched this past week fascinated me because it actually went through all three scenarios. In our review of the simulation, we concluded that if you just tracked the group’s emotions — positive or negative — you could predict what was about to happen.

For a brief moment, the simulation started cordially and collaboratively. The sourcing team and internal business partner clearly had an alliance and worked together with the supplier. The supplier, anticipating the alliance, was not phased and was ready to negotiate. However, shortly after the start, the sourcing team stated that the negotiation’s goal was to create a deal that was far more favorable to the alliance than the supplier. The supplier pushed back, stating that the goal needed to be far more balanced than the sourcing team suggested. This lit the fire that fueled a rise in tensions and changed the mood from positive to negative.

The surge of negative emotions led to a lack of progress. Each group wasted a lot of time trying to persuade the other about why their goal was better. They engaged in unproductive arguments. It even got a little personal as the alliance and the supplier wrestled for control of the conversation. As tensions reached a peak, the groups took a break to cool off.

The next session started off bleakly, with both sides restating their positions and increasingly digging their heels in. Then there emerged a crack in the alliance. The internal business partner hinted that they might be OK with something that was more balanced. The supplier heard the signal and quickly grabbed the olive branch by telling the sourcing team that as long as the agreement could meet the supplier’s minimum requirements, then they would be willing to formulate a deal that met the needs of the sourcing team. In agreement regarding direction, the teams moved forward to work out a deal. At this point, emotions began to cool, tensions lowered, and the mood was more positive.

During this stage, the teams worked together, sharing helpful information and finding ways to trade positions in a manner that formulated the basis for a deal. However, while they were in agreement regarding how to move forward, they never clearly articulated what they wanted out of the negotiation. So when they got to a place where a deal could be made, they didn’t recognize it. In fact, they were confused.

The sourcing team was the first to realize that there was enough on the table to make a deal. They began to take back control of the negotiation and hammered on the other two that this was a good deal. Their approach evoked the emotions that they felt at the beginning of the negotiation, which caused everyone to, once again, raise their defenses. After a small argument broke out regarding whether or not a deal could be reached, the internal business partner asked for clarity on the deal points, which helped everybody realize that the sourcing team was right — a deal could be had.

The deal was fascinating to me, because I usually regard emotion as being an outgrowth of other issues, like trust or balances of power. I hadn’t considered that it could also be a leading indicator of a negotiation’s forthcoming activity. If that’s the case, then, theoretically, you could start to map out what tactics you should be prepared for and what actions you should take given the negotiation’s emotional state. All of which could help to create an additional advantage in your dealmaking ventures.

The biggest advantage you can create is by bringing negotiation experts who can give you that critical edge in your next negotiation. We can be your advisor, your coach, and your trainer. Whether you bring us in to create your strategy, or help you prepare, or develop your team’s negotiating skills - we can help you win at the negotiating table.

Brian Buck
More by Brian Buck:
Conscious Negotiating
Is It Taboo to Talk Politics?
Back to Insights