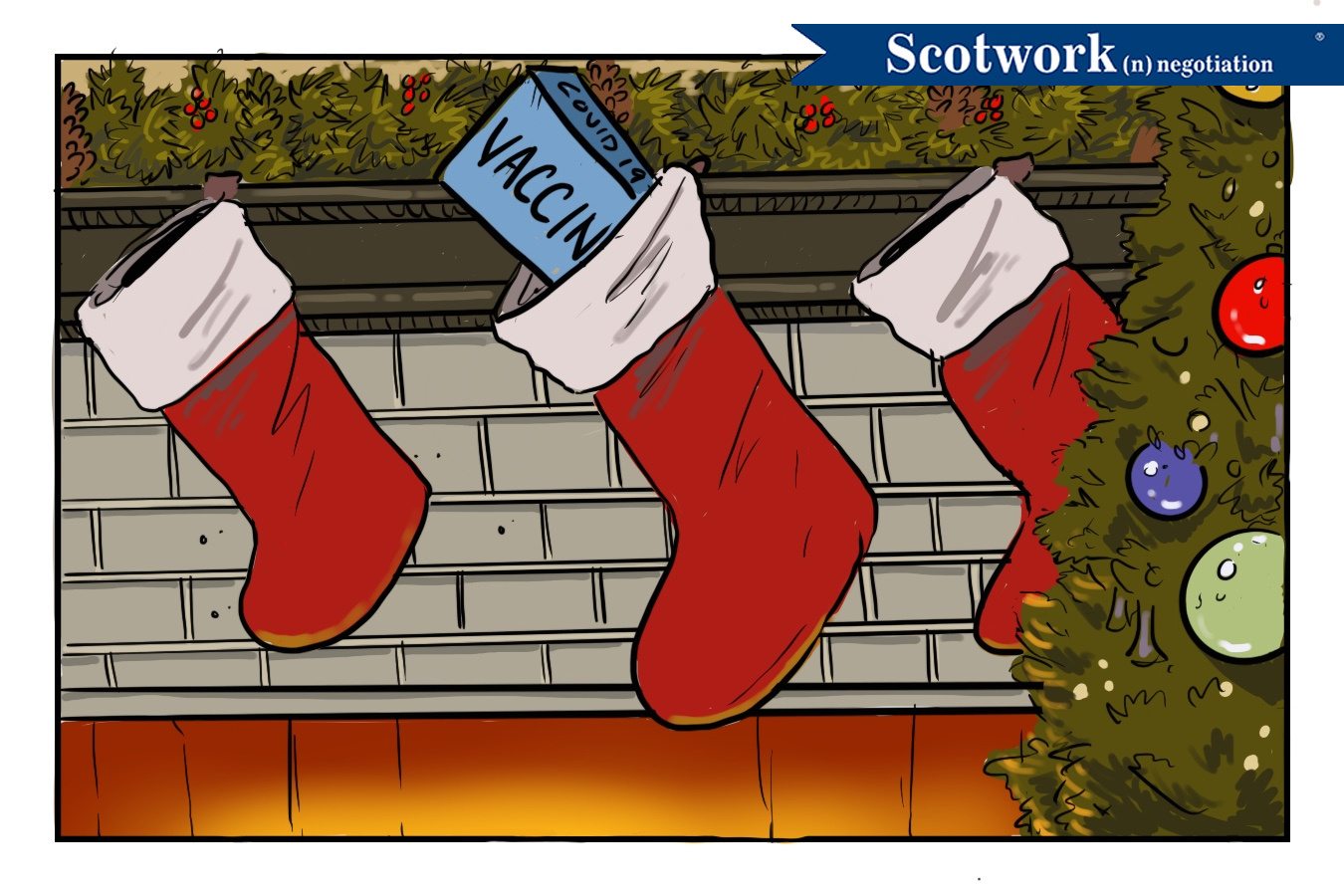 What’s on your holiday wish list this year? Instead of the latest electronic gadget or the hottest fashion statement, you’ve likely included a COVID-19 vaccine. But a debate is raging regarding who should receive the vaccine first. It’s a tough question, and one that has no right answer — just lots of opinions.

The answer to this question has significant implications regarding how the pandemic will end. Other, easier questions have already been answered: Should we develop a vaccine? Yes! Should we get it out to market as safely and as quickly as possible? Yes! Who should get it first? This is being debated and negotiated as we speak. In fact, by the time you read this post, an answer may have already been given.

What should you do if you find yourself in a debate of opinions during a negotiation? Here are a few thoughts.

Oftentimes, a debate of opinions needs to happen. It’s healthy to allow all parties involved to voice their opinion and attempt to explain to the others why their point of view is valid and should be considered, if not adopted. In these moments, persuasion is key. You seek to move them from intrigued to convinced. You want to create a connection to your idea that compels someone to adopt it.

If this process proves successful, the unanswerable question can be laid to rest and all parties can move forward. However, I would caution that if the outcome promised by the persuader does not occur, then the persuader’s credibility may come into question and trust could be eroded.

When persuasion fails, it’s because people didn’t read the signs of the skeptic. If the other party is not moved by the persuader’s argument, then no amount of persuasion will prompt commitment. If those signs are missed, then persuasion can lead to a perilous spiral known as the endless circular argument. In this situation, both parties debate points that neither is willing to accept or concede. It’s a slippery slope that can easily ensnare even the most skilled persuaders.

When persuasion has been exhausted (or is not possible), a bargaining mindset must take hold: What can be traded in order to build a binding commitment between the parties? What gets traded is not always tangible. For instance, in the debate over who gets the vaccine first, policymakers may trade an action for an outcome: “By vaccinating the most at-risk, we should see a percentage drop in hospitalizations. But if we do not, then we will take new action, such as vaccinating superspreaders.”

Instead of debating in absolutes, the bargainer looks for ways to make trades that take everyone’s positions into consideration. This instance requires placing consequences or limits on certain courses of action so that, if one course doesn’t work, everyone can pivot to another course of action. This goes to the heart of what a skilled negotiator does whenever there’s a difference of opinion and persuasion has run its course.

To do this effectively, the negotiator (i.e., former persuader) must understand what’s important to all parties involved and then find ways to trade the issues of lesser importance for issues of greater importance. In the case of the vaccine, the issues might involve patient access, hospital capacity, or distribution readiness. In a commercial deal, your issues might be product availability, pricing, or payment terms. Once a negotiator understands the issues and their importance, crafting a deal becomes a matter of packaging.

As I look forward to this holiday season with a sense of optimism, it’s not lost on me that there are difficult decisions being made by many well-intentioned people. I believe that they will get more decisions right than wrong. I hope that we can keep the spirit of the season at heart when things don’t go quite as planned, because — let’s face it — it won’t go perfectly. But perfection shouldn’t be the enemy of good. If we can keep that perspective, then I believe we can all avoid getting coal in our stockings this year.

We Can Help You Resolve Debates of Opinions

If handled incorrectly during a negotiation, a debate of opinions can lead to a perilous spiral known as an endless circular argument, putting a deal’s completion at risk. We can help! Drawing on 45 years of real-world negotiating experience, we’ll assist you with getting better deals, saving time, and creating value for all involved — not to mention preserving and even strengthening relationships. Let us partner you with one of our advisers, ensuring that you’ve got the broadest view of your deal.

Brian Buck
More by Brian Buck:
This Sucks!
Minimize the Financial Impact of COVID-19
Back to Insights