The Problem With Giving In 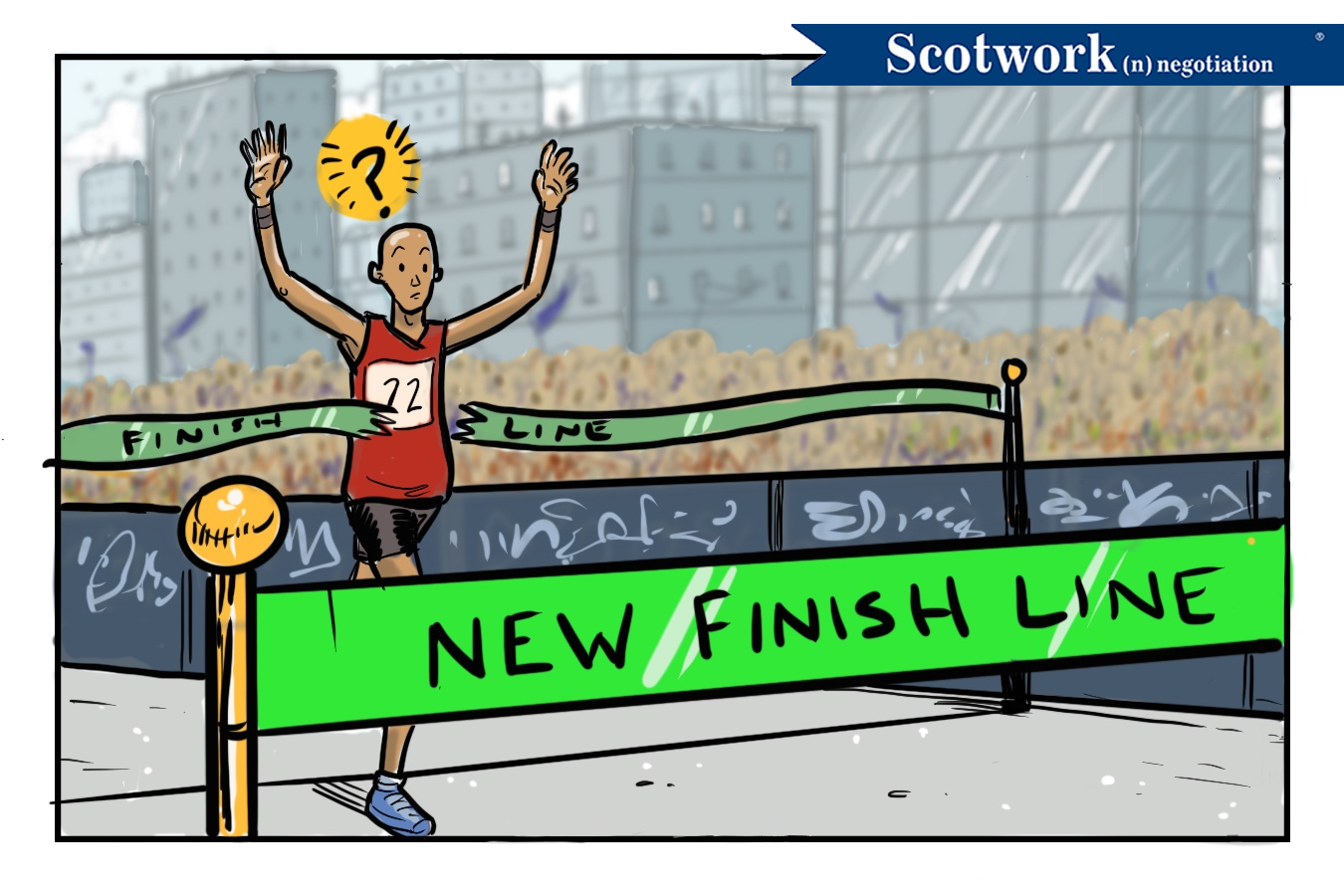 You‘ve worked your butt off to get this deal done and you’re at the finish line. The contract has cleared legal and both sides have agreed to all of the terms. It literally just needs signatures. Then you get a phone call. It’s the other side, and they’re telling you that there’s one more small adjustment that needs to be made, and if you can do that, then they can get the contract done. What do you do? Give in or push back?

All negotiators will face this dilemma at some point. When you ask most of them what to do, they typically reply, “It depends.” They tell you that it depends on the size of the ask, the significance of the deal, and even how badly you want it. All of those considerations are supposed to inform your decision. The problem is, they’re all opinion-based, emotionally driven criteria — two things on which I don’t want to base a strategic move.

Many buyers are taught to ask for closing concessions. Just as the deal is about to wrap up, they’re instructed to request one more thing. (It used to be called The Columbo Ask, which is a very dated TV reference.) They’re taught to do this because it works on unsuspecting dealmakers. The reason why it works is because the other side is dealing with last-minute demands not strategically, but emotionally.

There’s nothing wrong with late demands. In fact, you should expect them, so that when you get them you know what to do. That’s precisely where most dealmakers fall down: They don’t prepare for late demands. Instead, they hope that they won’t come up. Hope is not a reliable strategy.

Let’s assume that you choose to just give in to the demand. If the give is too big, you could completely disrupt the value of a deal and turn an otherwise good contract into a bad one. Let’s assume that it’s a minor ask: If you give in, you’re conditioning the other side to continue to ask for more. And you’ll never be able to get back whatever you gave, as it will become an expectation in all future negotiations.

I was in a similar situation years ago. We had just won one of the biggest deals in my agency’s history, and we were all very excited about working with the other party. The details had been finalized and all we needed to do was sign the contract. Then I got a phone call from the client. We were doing some retail marketing for them, and they asked us if we could swap out one of the retailers for another. It was a small ask, so I agreed. A week later, I got another phone call. They mentioned that since they were swapping retailers, they needed more time and had to push the start out a month. Not ideal but it seemed logical and I didn’t want to be difficult, so I agreed.

Another week went by, the contract had not been signed, and they called again. This time, they said, they noticed that the contract had a cancel-for-convenience notice period of six months, and they wanted it adjusted to 30 days. This was a much bigger ask, since it would impact the employment agreements that I had with the team servicing this account. But if I didn’t agree, I feared that I would lose the deal. So, I agreed.

Another week went by, with no signed contract, and they called again, this time asking for longer payment terms and a few other “small” items. Every time they called, the list grew. Reacting emotionally, I kept saying “yes” until I just couldn’t anymore. When I said I finally said “no,” the contract was signed. Not the contract that we started with, but a contract that was now much more favorable to the new client.

That’s the problem with just giving in. The best way that I could’ve handled late demands was to ask for something in return. All I had to do was make a trade. It wasn’t their fault for asking for things, but it was my fault for not knowing how to handle their demands. I wasn’t prepared to do it. I wasn’t even sure what to ask for. Here are a few things that you can do when you’re in this situation:

If I’d been given this advice prior to finding myself in the situation described above, I could’ve easily traded their first request for the signed contract. Instead, I was hoping that they would just do the right thing, and I was reacting emotionally to get the deal done. So, before you just give in, ask yourself, “What do I need in return to give them what they want?” Answering that question will let you know what you need to do to stop further late demands.

We Can Help You Deal with Last-Minute Demands

Are the other party’s last-minute demands threatening to disrupt the value of your deal and turn an otherwise good contract into a bad one? We can help! Drawing on 45 years of real-world negotiating experience, we’ll assist you with getting better deals, saving time, and creating value for all involved — not to mention preserving and even strengthening relationships. Let us partner you with one of our advisers, ensuring that you’ve got the broadest view of your deal.

Brian Buck
More by Brian Buck:
Negotiating Alone
The $5,000,000 Comma
Back to Insights