Vote for a Better Deal 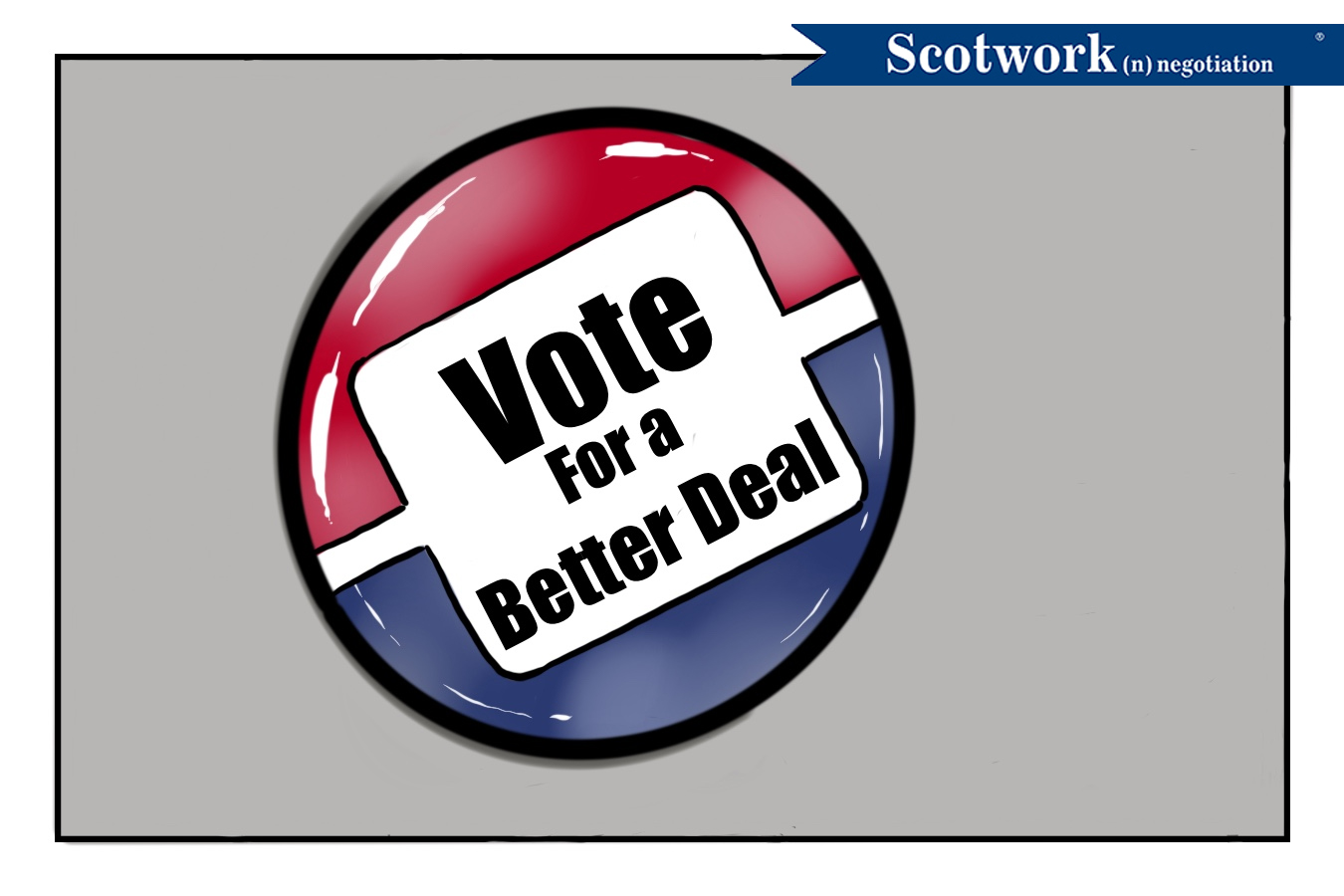 This will be a relatively brief soapbox session. After all, by this point in the election cycle, you’re probably as worn out as I am by the endless political ads, the constant political shouting, and the general political bashing that’s taken place in the lead-up to Tuesday’s election. In the midst of all of this, let me leave you with a thought regarding voting for a better deal, since that’s what this election is about.

If you choose to not vote for a better deal, then please do the rest of us a favor and don’t complain about the deal you get.

Please, if you haven’t already done so, vote for a better deal.

Find out where you can cast your vote today: https://www.vote.org/polling-place-locator/.

Brian Buck
More by Brian Buck:
Uncertainty 2.0
The Ultimate Sacrifice
Back to Insights