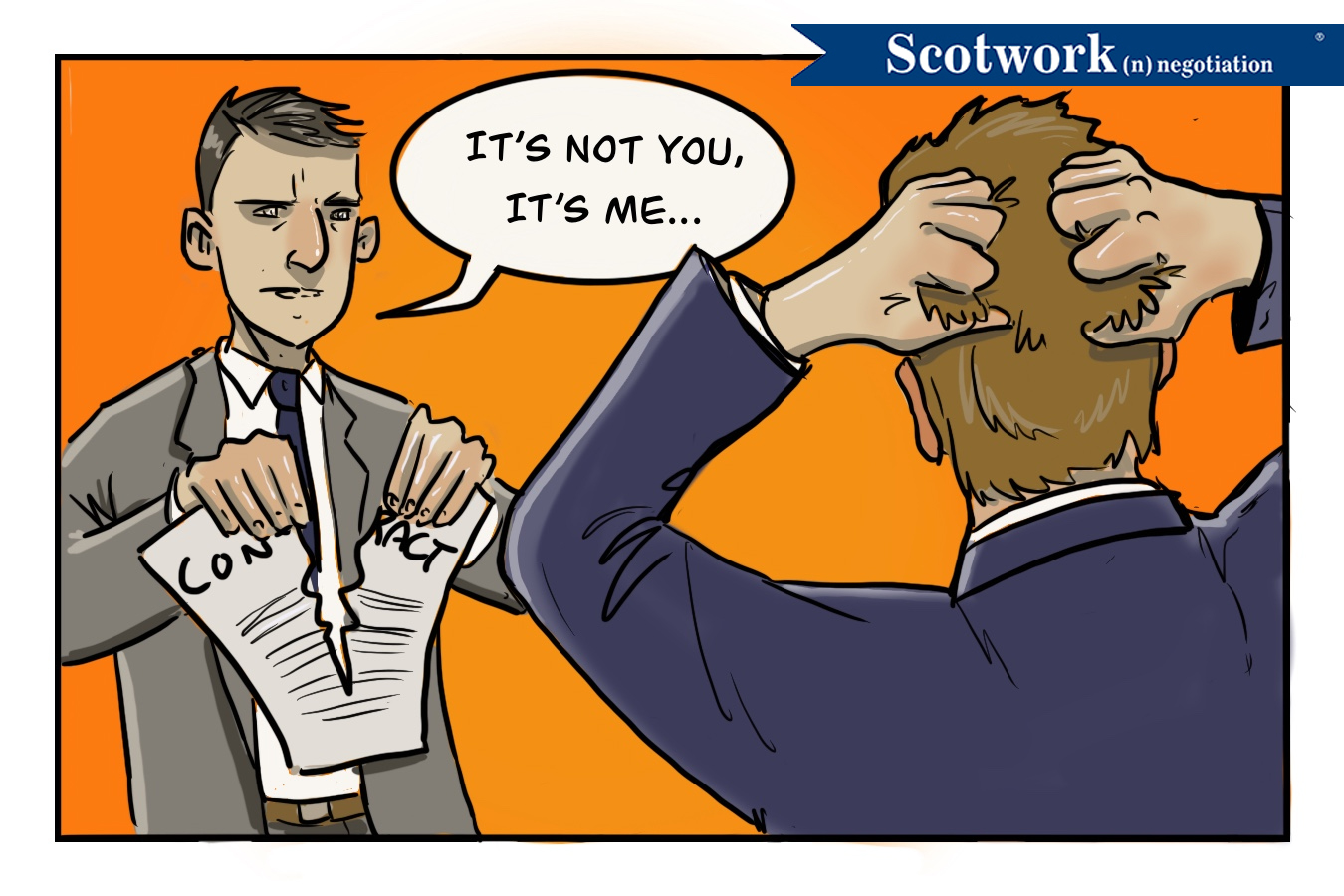 Over the past few months, there have been a number of failed deals reported by the press. Interestingly, all of them have one thing in common: They were never meant to fail. Almost all deals start off with the intent of being seen all the way through. When they fail, something happened — and that something typically began during the dealmaking process. Fortunately, it’s something that all of us can learn from.

External factors can disrupt any deal, and they often do. For instance, there was a highly publicized acquisition that fell through supposedly over a trade dispute between the parties’ respective countries. Political deals fall through when one side gets exposed in the press and public scrutiny mounts. However, well-crafted contracts can usually withstand many external factors. Therefore, when you see an agreement unravel publicly, it’s typically not due solely to the reasons published. In fact, those reasons are likely the last straw in an already fragile deal, but not the driving force.

Oftentimes, negotiators define “winning” as getting the most they can get, at all costs. I would argue that a better goal for a negotiator is to create an outcome that all parties are willing to put into place. What’s the point of winning at all costs if the deal doesn’t go through? It reminds me of the question, “Would you rather have all of nothing or part of something?” The point being, winning should be less about what your side gets and more about whether the agreement actually gets executed or not.

Another reason why a pact might fall apart is that, sometimes, people will agree to deals that they don’t necessarily want to agree to just to get out of them. In other words, at some point during the negotiation they realize that it’s gone completely wrong for them, and it will cost them less to say “yes” and not execute the deal than to just walk away with no agreement. Again, being overzealous can elicit this kind of post-deal response. The best way to protect against this happening during the negotiation is to ensure that you understand the issues of the party on the other side of the table, and see to it that your contracts address their issues as well as yours.

In other situations, negotiations can fall apart when ego gets in the way. Imagine finalizing a deal that you feel good about, only to receive immediate feedback that it’s bad. How would that make you feel? I suspect that “deal remorse” would set in pretty quickly and your ego might be bruised — particularly if the other side starts gloating. If we don’t gain control of our ego, we might try to save face by reversing course. Making someone else look bad rarely works out in your favor.

When a deal goes bad, it’s best to not just consider the reasons stated, but also to go back and review the negotiation in its entirety. Look beyond the external factors and examine imbalances of power, issues of ego, or even the goals of the negotiation. That’s where you’ll find the real reasons why a good deal went bad.

Let Us Help Prevent Your Deals from Falling Apart

Deals can fall apart for any number of reasons. When they do, they can cost your organization not only time and money, but also critical relationships. We can help! Drawing on 45 years of real-world negotiating experience, we’ll assist you with getting better deals, saving time, and creating value for all involved — not to mention preserving and even strengthening relationships. Let us partner you with one of our advisers, ensuring that you’ve got the broadest view of your deal.

Brian Buck
More by Brian Buck:
We Don’t Discount — and Neither Should You
Negotiating Thanksgiving
Back to Insights