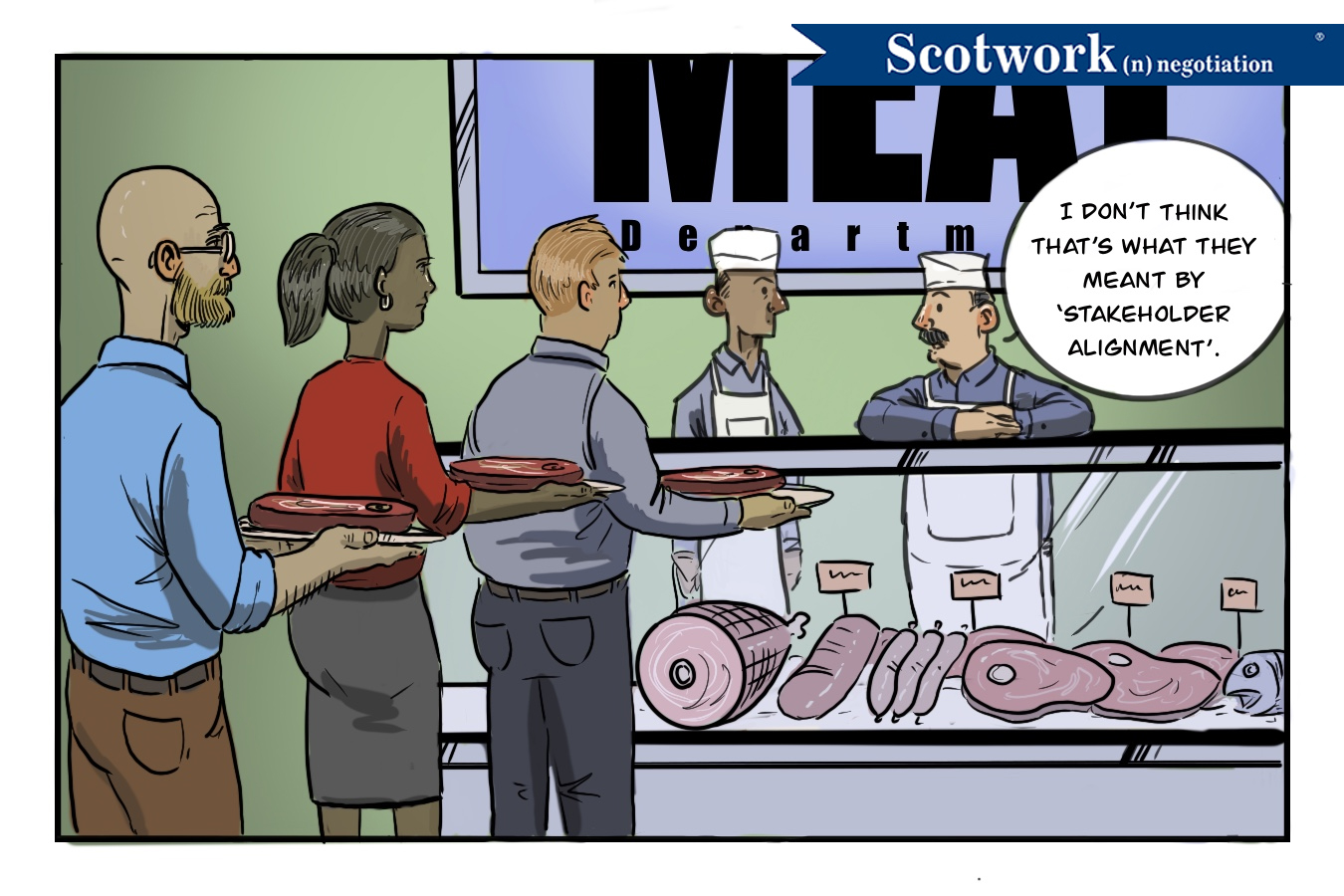 This past week I was asked, “What’s the most important objective of a negotiator?” Simply put, it’s to create a deal that both parties are willing to put into play. They were a little surprised by that answer, because I didn’t talk about getting the most for your side or about winning. What’s the point of winning a negotiation if the other side won’t honor the agreement after the fact? Yet when we go down the road of “win at all costs,” that’s a typical outcome — along with a strained relationship and a more arduous next negotiation. However, taking a stakeholder orientation to any negotiation ensures we create deals that everyone can support.

A stakeholder orientation means that you consider the other party and all interested stakeholders in your negotiation. This begins with how you prepare.

Many dealmakers spend the majority of their preparation thinking about their own position, their internal stakeholders, and what they need. As a result, when they show up at the table, everything they present, talk about, or otherwise negotiate is one-sided and self-focused. That self-centered approach almost always kicks off the negotiation on a competitive note, putting the other side in a position of having to force themselves into the conversation as they ask, “What about me?”

As mentioned above, to have a stakeholder orientation, you need to prepare by not only thinking about yourself, but also the other party and their stakeholders. A simple way to do that is to think about what they want out of the negotiation and what they want to avoid. It starts by you thinking more about them. In this exercise, you’ll potentially uncover issues and obstacles that will need to be considered when crafting a deal.

The next pitfall that dealmakers walk into is asking “me”-focused questions. They tend to focus only on gathering information that will help them fulfill an order or support their position. It often feels like a prosecutor cross-examining a witness. This approach can create unnecessary tension and put the other side on the defensive. It can also erode trust and damage rapport.

The last pitfall I see is in crafting deals. More often than not, a non-stakeholder approach is to craft lopsided proposals that address only your issues. We’ve labeled that kind of proposal the Selfie Proposal. This is a surefire way to up competitiveness and demonstrate to the other side that you don’t care about them and are interested only in a win-lose outcome.

In a stakeholder approach, in order to get a deal that everyone is willing to support, our proposals must address all of the issues that are important to us and the other party — taking into consideration both sides and all the various stakeholders. That’s how we craft win-win-win deals in which you win, the other party wins, and all involved stakeholders win too.

As you can see, it takes just a little bit of mindfulness to create this stakeholder orientation. Because in negotiation, winning isn’t everything. Creating a deal that both parties are willing to put into play — now, that’s everything.

We Can Help You Create Deals That Both Parties Are Willing to Put Into Play.

Are your negotiations focused on getting the most for your side or winning at all costs, instead of creating deals that both parties are willing to put into play? We can help! Drawing on 45 years of real-world negotiating experience, we’ll assist you with getting better deals, saving time, and creating value for all involved — not to mention preserving and even strengthening relationships. Let us partner you with one of our advisers, ensuring that you’ve got the broadest view of your deal.