What a Truck Taught Me 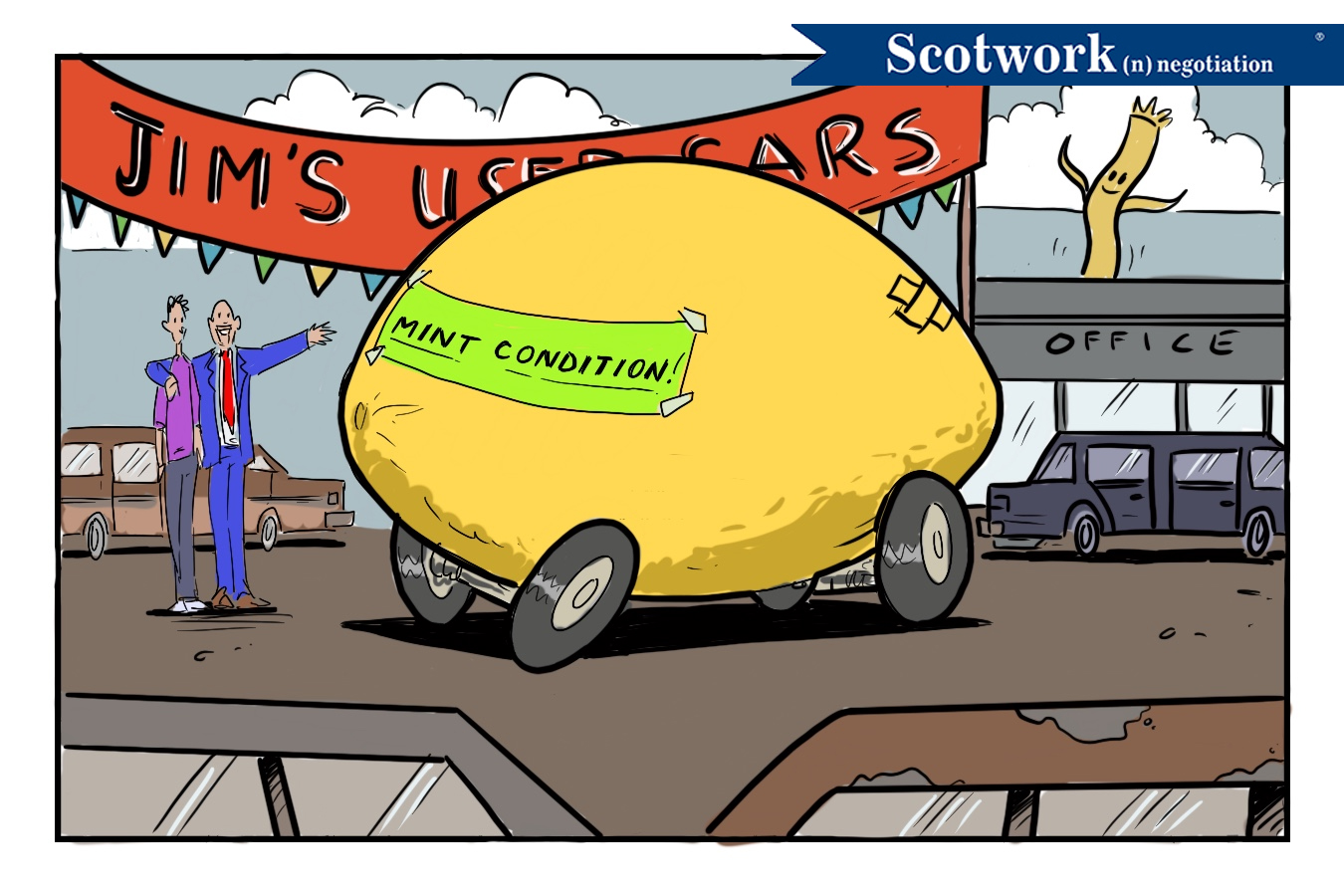 The dominoes began to fall. My friend bought his first house with a garage. He loved being on a lake, and he said as soon as he bought a house where he could store a boat, a boat he would get. So, shortly after closing on his house, he bought a boat. After getting the boat, he realized he needed something to tow it with, and what better way to tow than with a truck? So, he set off to buy himself a truck. But not just any truck, mind you — it had to be a manual four-wheel drive that could do it all. This was in the early 2000s, at the height of the dot-com explosion; he found a website where he could order his truck the way he wanted it, and they would deliver it to him. While this is a bit more commonplace today, it was a unique service back then. This truck-selling dot-com quoted him a good price, and what happened next shaped his views on negotiating forever.

My friend was still very skeptical about buying a truck online. In fact, before he went any further, he took the quote he got and brought it to his local dealership to see if they could do better. He walked into the dealership, found the truck he wanted, and scoffed at the sticker price. He told the salesperson that he had a much better deal, but if they could beat that price, he’d buy the truck from them. The salesperson, who’d probably heard the “I have a better deal” line a thousand times, told my friend to prove it. So, my friend pulled out the offer and showed it to the salesperson. Immediately, my friend had changed the bargaining arena (the arena between both parties’ limits where a deal can get done).

That was the first lesson he learned: Information disclosure can anchor and shape the bargaining arena. At that point, the salesperson knew my friend wasn’t bluffing and was a serious buyer. The salesperson also knew that he had a problem, because that price was well below what he could do. So, instead of arguing about it, the salesperson did the same thing my friend did and produced an invoice that showed my friend that his quote was a lot less than what the dealership paid for the truck from the manufacturer, even with incentives.

That was the second lesson he learned: Information disclosure can help expedite negotiations. Without the information disclosure, both my friend and the salesperson could have spent a lot of time arguing, trying to persuade each other regarding the quote and/or dealer’s price. Instead, they saved a lot of time simply by sharing information. Before long, they both knew that a deal wasn’t possible given my friend’s quote and the dealer’s price.

Armed with this newfound knowledge that the local dealer could not beat the price of the truck-selling dot-com, my friend decided to jump in and buy the truck. The site made purchasing convenient, and they even gave him financing options, which he took advantage of. A few weeks later, my friend’s truck arrived at his house just as the site promised and for the price they’d agreed upon. Everything was good . . . almost.

Three months went by, and my friend still hadn’t received the bill for his first payment on the truck. While he was thrilled that he hadn’t actually had to pay anything for the truck so far, he knew that if this issue wasn’t addressed soon, it would probably lead to a bigger problem for him down the road. So, he called to find out what was going on. Turns out, there was a technical glitch on the site — he never signed the financing paperwork.

They overnighted the paperwork, and when he got it he noticed that they increased his finance rate by 1%. He called back to get it fixed, and they told him that that number was based on their current rate. Knowing that he didn’t want to pay anything more for the truck (after all, he just bought a house and a boat too!), he told them to come and pick it up. They were so stunned by the possibility of having to pick up the new truck, which by then had 90 days of well-used miles on it, that they instead offered 3% below the original rate. He took the rate, kept the truck, and learned his third lesson: The more information you have, the better the position you’ll be in to negotiate.

The last lesson really struck my friend, because all they had to do for him to keep the truck was honor the original deal. But they never asked what they could do. They just assumed that he wanted a better rate. While he benefitted, he saw that not having all that information left them in a vulnerable position.

In the end, my buddy’s house-boat-truck experience taught him a lot about the power of information at the negotiating table — from how to shape the negotiation to how to expedite it and, ultimately, how to use information to put yourself in a stronger position. All that, plus he got to spend lots of time on a lake. Not a bad life lesson.

We Can Help Empower You With Information.

Is a lack of information disclosure at the negotiating table costing you time and leverage, not to mention the ability to actually shape a deal to your benefit? We can help! Drawing on 45 years of real-world negotiating experience, we’ll assist you with getting better deals, saving time, and creating value for all involved — not to mention preserving and even strengthening relationships. Let us partner you with one of our advisers, ensuring that you’ve got the broadest view of your deal.

Brian Buck
More by Brian Buck:
Did You Hear The One About?
Optimizing Your Dealmaking Ecosystem™
Back to Insights