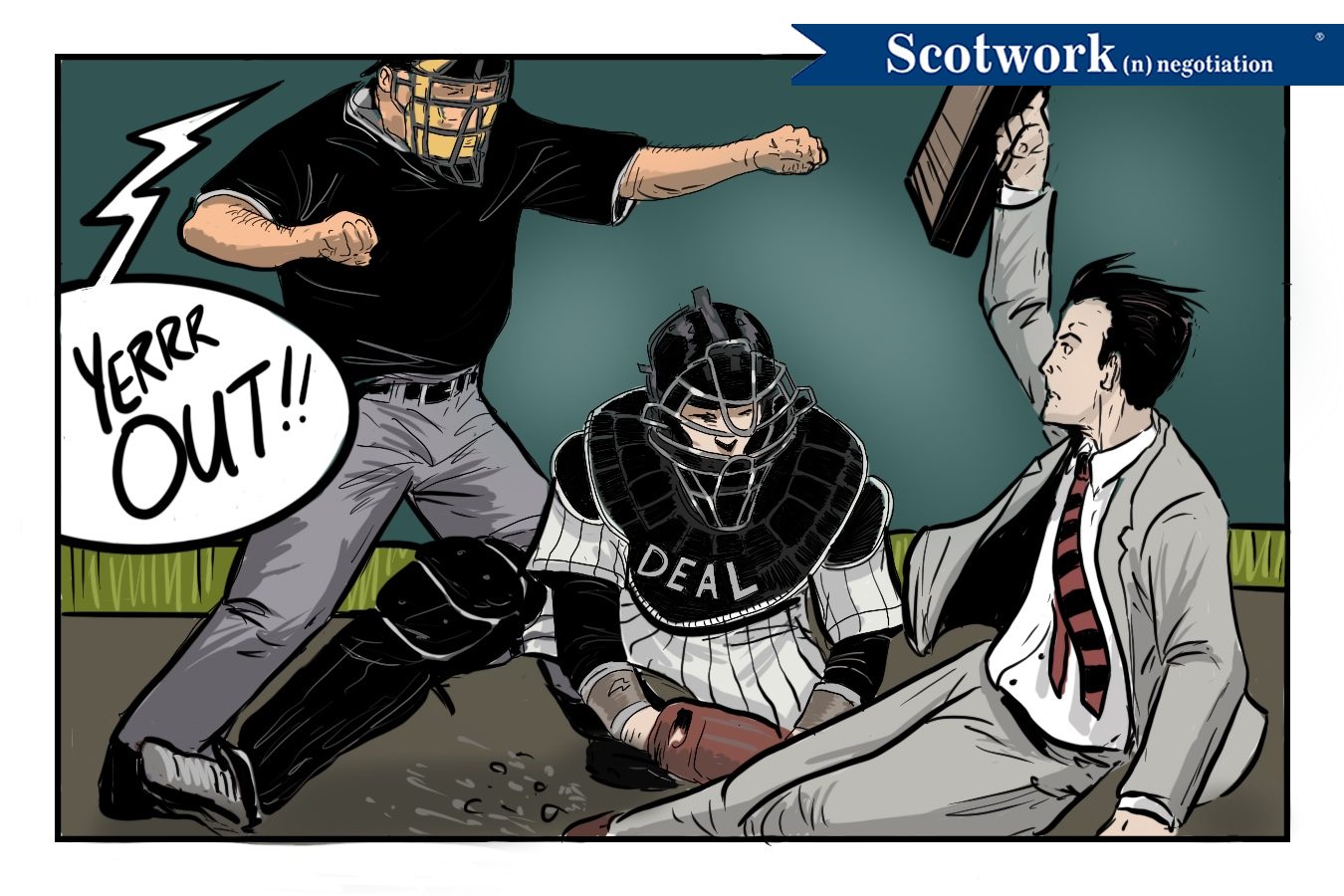 This time every year, it seems that I try to find some way to relate negotiating to baseball. This year, however, I’m not focusing on baseball as much as fans of baseball. As I watched my World Champion Dodgers drop their season opener, I was enamored with the sight of fans in the stands. As I looked at the highlights of other games, I saw fans there too. The difference was the number of fans. In Colorado, where the Dodgers played, 21,363 people were allowed into the stadium. But when the Dodgers come home, they’ll be playing in front of only 11,000 people. Even though we’re talking about fans and baseball, the experience is going to vary widely this season. What does this have to do with negotiating? Read on . . .

In order for us to survive as human beings, we make lots of assumptions about our environment and surroundings. There are more than 200 cognitive biases that we rely on to process information and make decisions quickly. They help us fill in the gaps where we’re missing information, so that we can function and move forward. Some assumptions are accurate, while others are not.

This happens a lot at the negotiating table. Sometimes those assumptions lead to misunderstandings. If you’ve ever been at the negotiating table and thought that everyone was on the same page about something, only to find out that they weren’t, then you know what a shock that can be. For example, someone may have been talking about the “terms of the deal,” which you took to mean the duration and price of the deal, but the other side was referring to the terms and conditions of the contract. While it was seemingly a harmless assumption on both sides, it’s the type of misunderstanding that can, nevertheless, lead to issues.

Here are a few steps that you can take to minimize those misunderstandings . . .

Now, back to baseball . . . As the season progresses and the pandemic recedes, I suspect that more and more fans will be allowed back into stadiums. But all 30 venues will have different rules, varying attendance levels, and dissimilar fan experiences. Even though it’s all baseball, it’s all different. For players, I have to imagine that’s going to take some getting used to as well. But I also suspect that, like me, they’re happy to see human beings in the seats instead of cardboard cutouts. The fans are out — let’s play ball!

We Can Help You Minimize Confusion at the Negotiating Table

Have you ever been at the negotiating table and thought that everyone was on the same page about something, only to find out that they weren’t? Did this seemingly harmless assumption lead to other issues? We can help! Drawing on 45 years of real-world negotiating experience, we’ll assist you with getting better deals, saving time, and creating value for all involved — not to mention preserving and even strengthening relationships. Let us partner you with one of our advisers, ensuring that you’ve got the broadest view of your deal.

Brian Buck
More by Brian Buck:
Don’t Name Your Turkey!
Dealing With A Bad Deal
Back to Insights