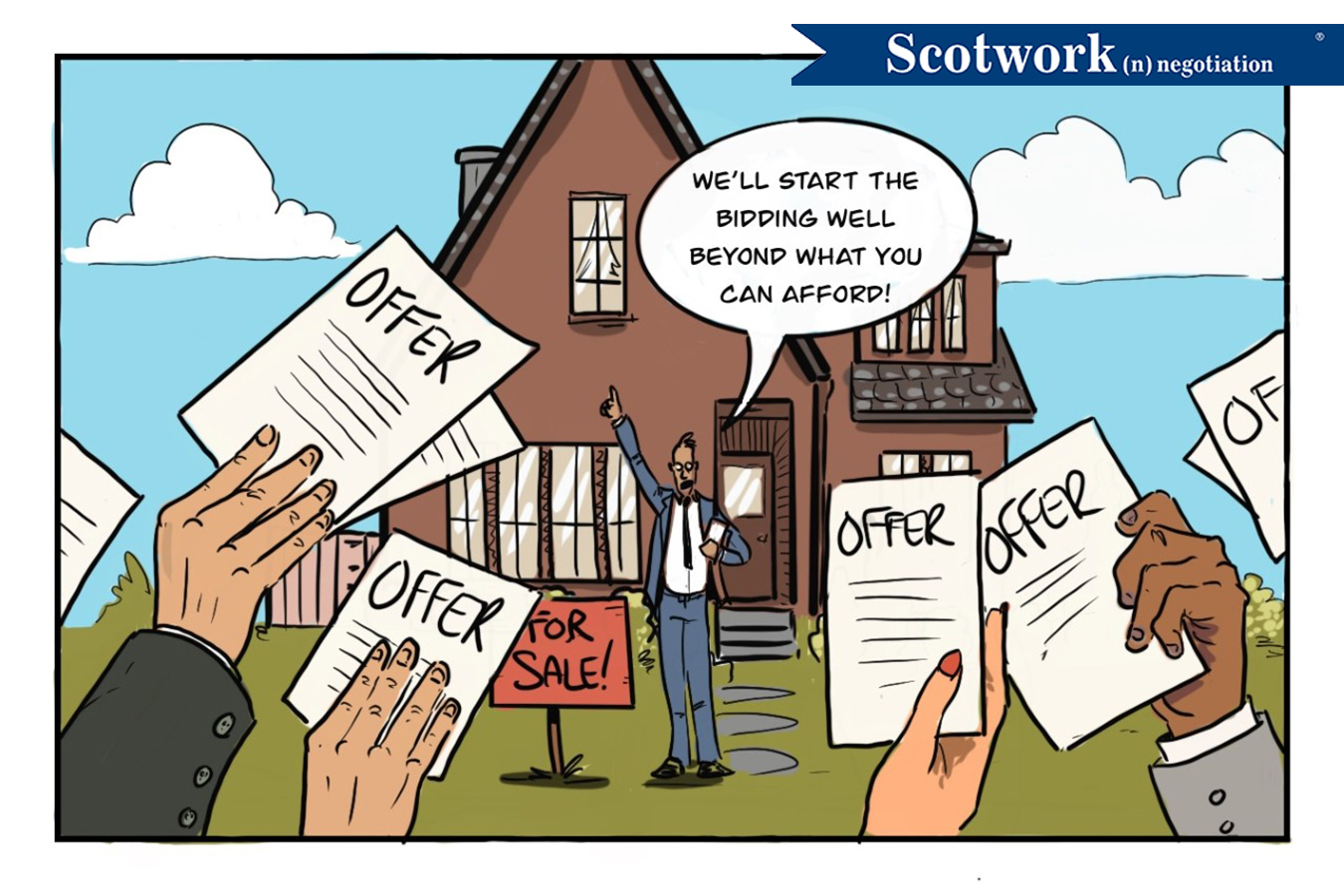 This past Sunday, my neighbor hosted an open house for their newly listed home. The housing market is so hot right now that our cul-de-sac was packed with cars as people swarmed to take a look. As I watched all the interest, I recalled when my wife and I sold our first home in a hot market, nearly 15 years ago. It didn’t go as planned, and we almost lost the sale to a neighbor who reneged on his offer.

In a hot seller’s market, sellers are accustomed to getting multiple offers, including some that are well over asking price. That was no different when we decided to sell our home. We were ecstatic as the offers came pouring in, and we went with one from a young couple who were starting a family.

Not long after accepting the offer, we were visited by one of the buyer’s mothers. Without her adult son present, she asked us to throw the washer and dryer into the sale. It was an odd request, and we declined — mostly because our deal was with her son and his wife, not with her. But she kept coming back! Even though we asked the buyers to have her stop, at least once a week there’d be a knock on the door. In hindsight, I could’ve put a price on her demand, but it got so absurd, it seemed that anything less than just giving in was not going to be acceptable.

As we made our way through the process, it became clear that the buyers weren’t going to be able to get the financing they needed to purchase our home. In the meantime, we’d received a backup offer that was $50K more than the original buyers’ offer. Between us moving the loan contingencies, them not getting financing, and those regular knocks on the door, we decided to cancel the sale and accept the backup offer.

The backup offer was really appealing: not only was it for more money, but it was also all-cash. It was made by one of our neighbors, who happened to own a few houses on our street where his family and extended family lived. In fact, had we received his offer initially, we would’ve accepted it, but he didn’t place it till after we accepted the first one. Regardless, my wife and I were relieved to be out from under the washer-and-dryer drama and into a more lucrative deal. That is, till the day after we accepted.

That’s when we got a call from our real estate agent, who told us that our neighbor was going to renege on his offer and, instead, offer us $50K less than our asking price. Since we had lost the first offer, he felt he was in a position of strength. Needless to say, we were angry, disappointed, and scared. Mostly because we had placed an offer on another house contingent on the sale of this one, and we were close to missing that contingency.

Being that it was our first home sale, we had no idea what to do. Even our agent was at a loss. After all, this was our neighbor, with whom we exchanged pleasantries almost every day. Now, everything was awkward. We knew we couldn’t accept $50K less, and we also knew we’d lose the other house by starting over. But our limit was our limit.

The morning we were going to cancel the sale, our neighbor stopped me, asking if I knew who he was. “Of course,” I said. “You’re the one trying to buy my house for far less than you originally promised.” He started interrogating me about why I was selling the house, asking questions regarding potential structural damage, plumbing issues, and foundation concerns. The house was structurally perfect. Then he got into why we lost the first buyers — what had they discovered? I explained that they weren’t able to get financing. Then he started asking me why my family would want to leave his neighborhood. I explained that we were moving closer to our families, something I was sure he could appreciate.

I had no idea why I was getting the third degree, but it started to become clear that he thought he had a lot more power than he actually did. It felt like he was hoping something was wrong with the house that made the original buyers back out. He made a completely incorrect assumption and then acted on it without discovering what was really going on.

At the end of our conversation, he simply said, “You’re a good boy. You’re a good family man. I will honor my first offer. The deal will be closed by the end of the week.” To our surprise and relief, it was done as he promised. We were able to buy the house we wanted, where we still live today.

Looking back with a negotiator’s eye, there were a number of lessons I took from that transaction:

Good lessons for a hot housing market and beyond. I wish my current neighbors all the best, and I look forward to welcoming new neighbors to our block.

We Can Help You Deal With the Unexpected at the Negotiating Table.
Are you negotiating with another party that’s suddenly reneged on their offer? Were you under the impression that you were in the driver’s seat — until it was apparent that you weren’t? We can help! Drawing on nearly 50 years of real-world negotiating experience, we’ll assist you with getting better deals, saving time, and creating value for all involved — not to mention preserving and even strengthening relationships. Let us partner you with one of our advisers, ensuring that you’ve got the broadest view of your deal.