It's Not the Phalange! 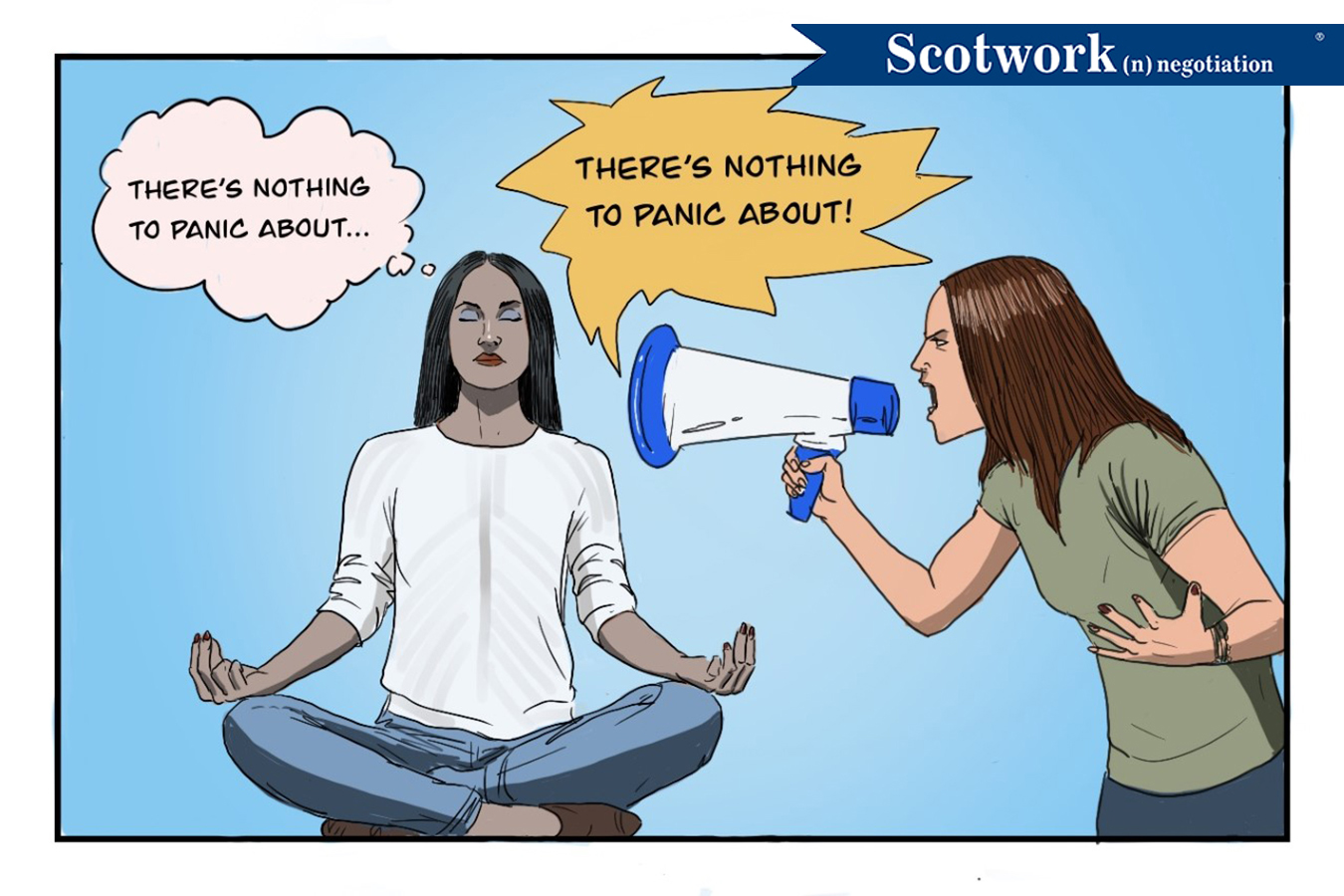 “There’s something wrong with the left phalange!” If you’ve watched Friends, then you know the scene that led to panic and the deplaning of Rachel’s Paris-bound flight. I couldn’t get that scene out of my head as we tried to make our connection in Frankfurt to get home. Only this time, Phoebe’s phalange warning came in the form of a high-strung airline representative who sent 364 passengers into a frenzy.

Our connecting flight arrived in Frankfurt right on time. Our flights that day were running smoothly, with no issues, and we had plenty of time to get to our gate and board the next plane for the final leg of our journey. But as we approached the gate, our sense of calm began to crumble. A swarm of passengers attempted to queue in order to board the plane. At the center of it all stood an airline representative who was shouting at everyone.

He was attempting to get those whose passports had been checked to line up on one side of the gate, while everyone else lined up on the other side. Only, he didn’t explain that clearly, and passengers had no idea if their passports had been checked or not. “You need a stamp!” he kept yelling. More confusing still, the “stamp” wasn’t actually a stamp — it was a signature by some other security agent. Add to that, the monitors at the gate announced that it was time to board. In other words, it was a scene of mass confusion and utter chaos.

Trickling through the electronic turnstile, we were a mob of unhappy campers. As we boarded, you could see the events’ cumulative impact on our faces. There was added aggression when securing storage space, not a lot of patience for others as they got settled, and a noticeably curt tone of voice directed at flight attendants.

Everyone needed to chill.

Regardless of the leverage or power you wield at the table, one of the easiest ways to control a negotiation’s tone is to control your own emotions and actions. If the airline representative had been calm, then the people around him would’ve been calm — which would’ve helped conciliate concerns or complaints. You can do the same in your own negotiations simply by changing your tone or behavior.

If the other party is being aggressive toward you, or they’re not forthcoming with you, take a moment to evaluate how you’ve behaved. Is it possible that the other side is reciprocating what they’re getting from you? If that’s the case, then changing the negotiation’s direction begins with you.

As for the flight, after we all settled into our seats, we calmed down. Still, it wasn’t the way we wanted to begin an 11-hour flight home. Next time, we’ll make sure the left phalange is a-OK!


We Can Help Your Team Control the Tone of Their Negotiation.
Is your team negotiating with an aggressive party who may even be withholding crucial information? This type of behavior can seriously impact the outcome of their deals. Fortunately, there are ways they can control the tone and direction of their negotiations. We can help! Drawing on nearly 50 years of real-world negotiating experience, we’ll assist you with getting better deals, saving time, and creating value for all involved — not to mention preserving and even strengthening relationships. Let us partner you with one of our advisers, ensuring that you’ve got the broadest view of your deal.

Brian Buck
More by Brian Buck:
Mindless Negotiator
Please, Think About Them
Back to Insights