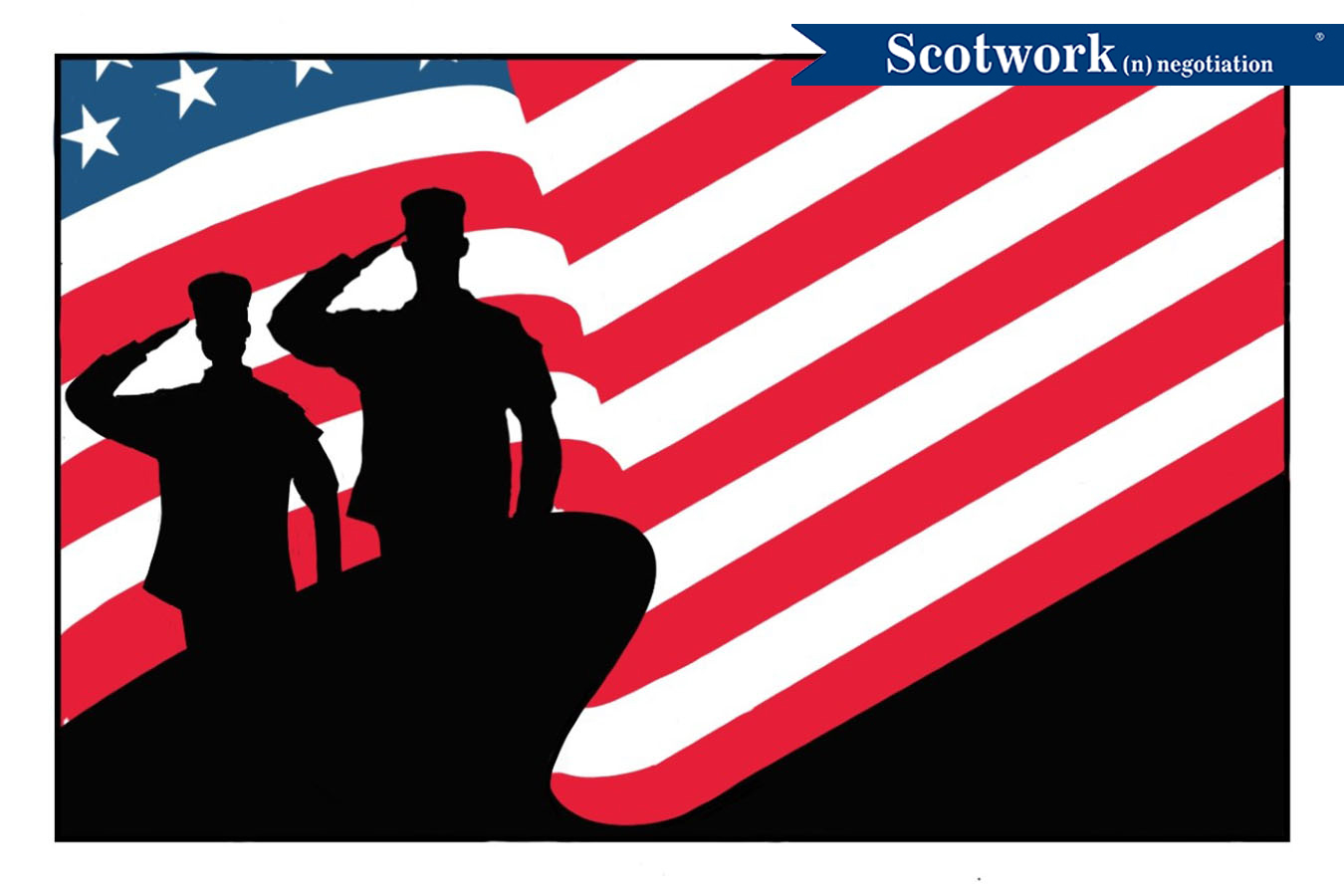 This isn’t a story about negotiating. It’s a story of sacrifice. In the US, the last Monday in May is Memorial Day. It’s a day when we honor the men and women who died while serving in the military. Given the current state of world affairs, not to mention our own domestic issues, I paused to think about those who made the ultimate sacrifice for the freedoms that we so often take for granted.

My father didn’t have the luxury of that choice. I didn’t know much about his service. Basically, I knew he was a Vietnam veteran who was in the Navy. My mother once told me she had no idea what his paycheck would amount to because his rank status looked much like an echocardiogram readout, bouncing from Seaman to Petty Officer 3rd Class and back to Seaman regularly. He’d be promoted and then, inevitably, get in a fight (usually a physical one) with a superior officer, at which point he’d get busted back down to Seaman. Regardless, he was honorably discharged. That was about all I knew, as we didn’t talk much about his service days, but he was a proud veteran.

In 2021, after he passed away due to complications from COVID, I learned a bit more about his record. In particular, I was surprised to discover that he’d earned a Silver Star Medal — the United States Armed Forces’ third-highest military decoration for valor in combat. He never mentioned it. Then again, he rarely talked about his accomplishments, unless it was about an engine he brought back to life or how he negotiated a great deal at a garage sale. When I talked with his brother, I learned even more, and that’s when his medal started to make more sense.

My dad had two brothers and two sisters. He was the oldest of the bunch, and while he had a bit of a wild streak in him, he took being the oldest seriously. As the conflict in Vietnam escalated, it was only a matter of time before he and his brothers enlisted — first my dad, and then the next-oldest brother, both of whom had come of age.

Of all the military stories I heard growing up, most involved my dad bragging about his brother. My uncle was on the President’s Honor Guard and Rifle Team. He was present at quite a few state functions. In fact, there’s a well-known photo of President Nixon paying his respects to President Truman as he was lying in state in the Capitol Building. In the photo, the tall soldier standing guard is my uncle. I asked my uncle if he was ever deployed. “I tried,” he said, “but an unspoken rule kept me elsewhere.”

As he put it, it was inevitable that the Buck boys would enlist, like their father, their father’s father, and so on. The brothers were always racing to do things first. Not only did my dad enlist first, but he insisted on being deployed. His reason for doing so stunned me: He wanted to spare his brothers from combat. About that unwritten rule: If one brother was deployed into combat, the others wouldn’t be. It wasn’t a law or regulation; it was just an unwritten rule that my dad gambled on to save his brothers from battle. It worked.

Like many siblings, my dad and his brothers would fight, argue, and compete — but make no mistake, he loved them very much. So much so, he felt compelled to look after them the only way he knew how. While he didn’t earn the Silver Star for his sacrifice, he certainly could’ve.

So, Dad, if you’re reading this, thank you for your service to our great country and to your brothers. I love you.

Brian Buck
More by Brian Buck:
To Open or Not to Open?
Fighting Commoditization
Back to Insights