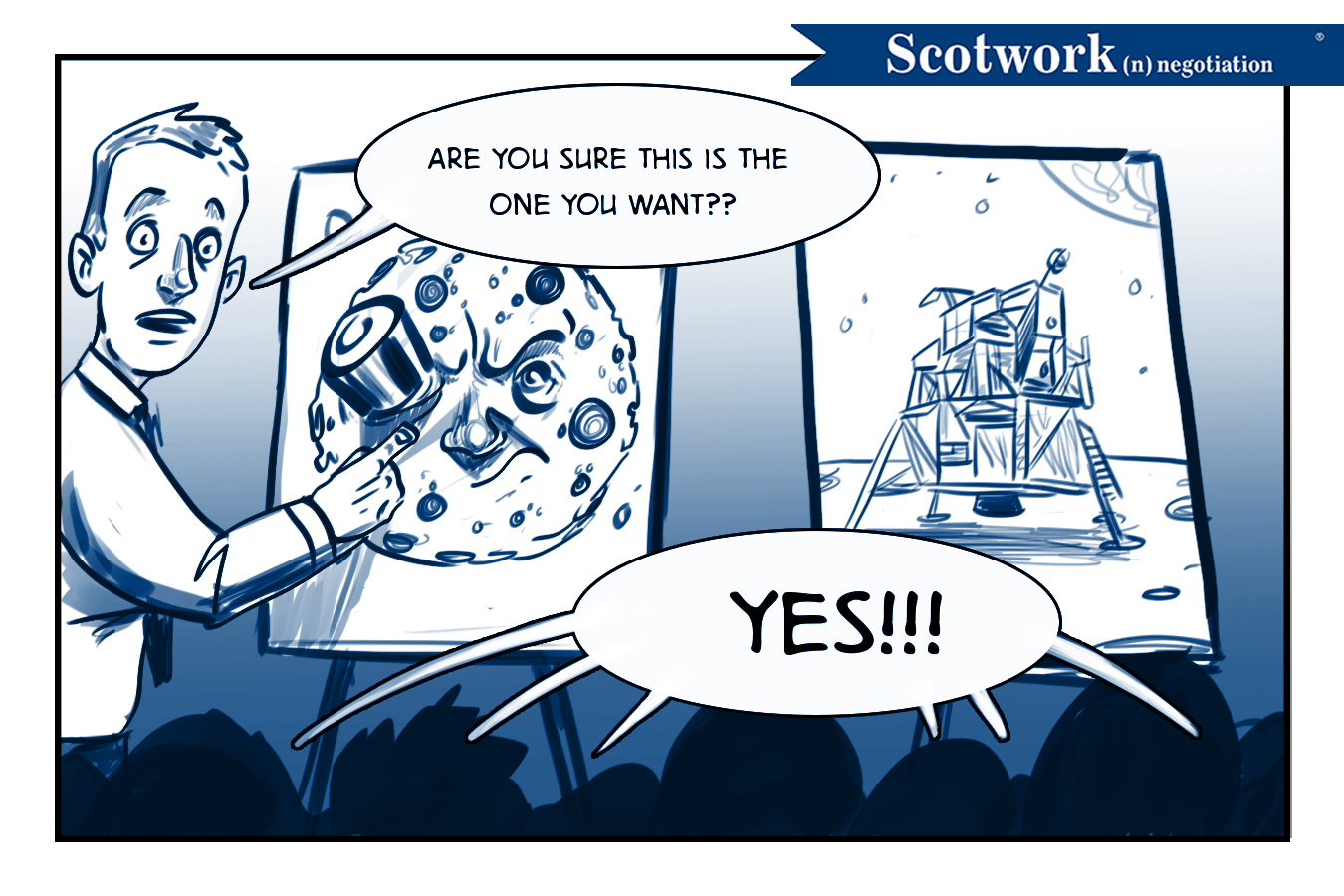 Half a century ago, John Houbolt penned a letter that changed America’s course to the Moon. “Somewhat as a voice in the wilderness," he wrote, "I would like to pass on a few thoughts that have been of deep concern to me over recent months.” Without these words, and what followed, it’s quite possible that we may never have achieved John F. Kennedy’s dream of landing a man on the Moon and returning him safely to Earth. With this monumental moment in mind, I can’t help but think of how many dreams never manifested because we stood in the way of our own success.

As we celebrate the golden anniversary of Apollo 11’s Moon landing, we must remember what an accomplishment it was. Computers were run by punch cards and their computing power was minuscule compared to that of the cell phones we now carry around in our pockets. In fact, without our pursuit to land on the Moon, there would be no cell phones at all! Whether you’re a space nut (like me) or not, it’s hard to deny the significance of that achievement.

In May of 1961, when President Kennedy gave his famed speech to Congress, NASA was focused on a direct ascent Moon landing. Meaning, we would build a rocket that was 400 feet high and wider than the base of the Washington Monument. We would then shoot it to the Moon, gently land it there, and then shoot it back towards Earth — just like Jules Verne imagined in his 1865 book, From the Earth to the Moon. (Today this is known as VTVL — vertical takeoff, vertical landing.) To put into perspective how absurd this idea was, the first successful VTVL didn’t happen till 2015!

At the time, however, the groupthink over at NASA was all about direct ascent. John Houbolt, however, was adamant that it would not work due to the sheer enormity and weight of what was needed to make it happen. He advocated for a lunar orbit rendezvous (LOR) approach that would be simpler and require a lot less to ensure success. At the time, his idea was so outlandish to the groupthink that he was ostracized. But his persistence and insubordination led him to skip over several organizational layers and write his famous letter to NASA Associate Administrator Robert Seamans.

Eventually, the groupthink was cracked and LOR was accepted. However, we may never have gotten to the moon if it wasn’t for one tenacious person challenging the status quo and, at the same time, leadership that was flexible regarding strategy while being laser-focused on their objective. It’s a good lesson in perspective and the importance of testing assumptions.

Like so many other people, I have fallen victim to being so convinced that a certain strategy will work, I lose the ability to consider other points of view. Over the years, I’ve developed techniques to get the perspective and input I need to test my assumptions — but it’s something that I have to do consciously. Here are a few tips to help you do the same:

Get Out of This World

Don’t succumb to groupthink. Get someone to help you evolve your strategy. We are here to help! We can be your advisor, your coach, and your trainer. Whether you bring us in to create your strategy, or help you prepare, or develop your team’s negotiating skills, we can help you win at the negotiating table.

Brian Buck
More by Brian Buck:
Who’s Doing What?
Be a G.O.A.T. Negotiator
Back to Insights