Negotiation Is Not a Bad Word! 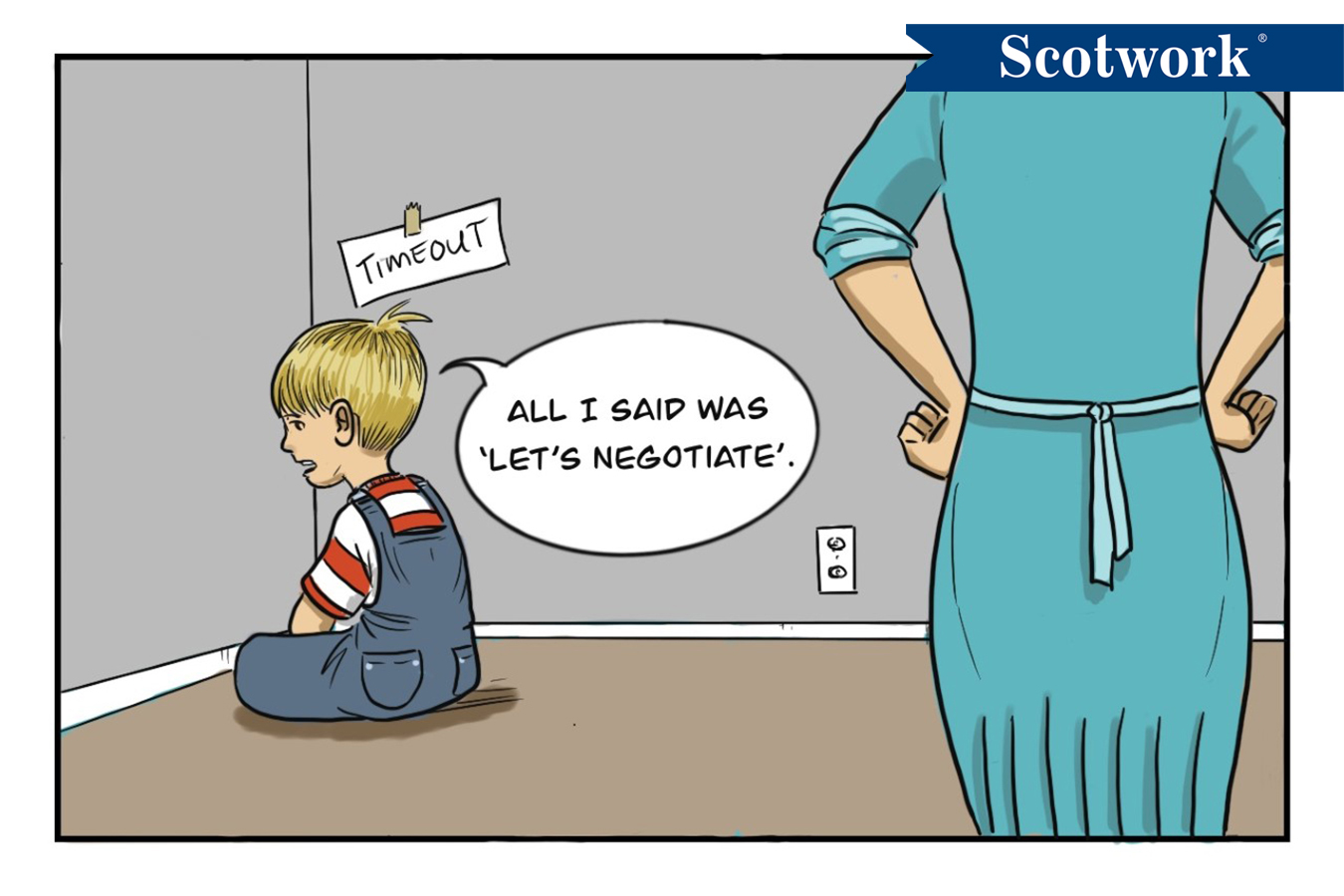 This past week, I had the strangest realization: Some people perceive negotiation as a bad thing! This discovery came while working with a client who was reluctant to negotiate with his colleagues. The reason? He didn’t want to be “that guy.” I’m not even sure what “that guy” means, but it got me curious about how many other people view negotiation this way. I had several conversations, and the answers I received are the very reasons why I do what I do.

The truth is, while there are many different ways to resolve conflict, negotiation is one of the most effective means of creating value for all involved and preserving relationships.

So, I posed a follow-up question to the people I’d spoken with: “Why?” Here are their most common responses:

“Because I feel like it’s all about winning and screwing over someone else.”

“Because that’s what bullies do, and I’m not a bully.”

“Because I hate saying ‘no’ all the time.”

“Because it’s easier to just give in and move on.”

If you’ve read any of my posts, you know that I don’t feel this way, but you might be working with people or have people in your life who do. Heck, you might feel this way! Regardless, here’s my view regarding each response.

Winning: Negotiation is not about winning or losing. It’s about creating the best possible outcome that everyone can support. The worst thing you could do is put together a deal that’s so lopsided, no one will see it through, or one that’s so onerous, the other side puts all of its effort into tearing it apart instead of supporting it. Deals that aren’t supported or executed don’t have any winners at all.

Bullies: I agree that there are people who have only one tool in their toolbox: pounding their fists and attempting to bully. They keep doing it because it’s probably worked for them more often than not. But those people are leaving a lot of value on the table. The most successful negotiators have a broad range of tools at their disposal and can adjust their approach accordingly, without being a bully. More importantly, they operate in a manner that allows them to be true to themselves. In fact, most bullies aren’t actually negotiating — they’re just trying to impose their will.

Compromise: There’s no compromise in negotiating, just trading. That’s what negotiation is about: trading things of lesser importance to you in return for things of greater importance. It’s not about compromising value and accepting less than. Quite to the contrary: Skilled negotiators give value to get value. It’s more like a bartering system: trading items of value, not conceding value.

“No”: Negotiating isn’t about “no.” It’s about “yes.” There’s no power in “no.” If there were, then parents would have to say “no” to their children only once. However, there’s lots of power in “yes.” I think this is one of the most fun parts of negotiating: finding ways I can say “yes” to the other side in a manner that’s acceptable to me (i.e., giving them what they want on my terms). When you can be the “yes” person, you can make a lot of things happen.

Giving In: It’s one of the easiest and fastest ways to get past a conflict, but it’s not the most effective. Many of us have done it, and we’ve dealt with the consequences. As soon as we give in, we’re expected to do so in the future. Negotiating helps manage precedent. It ensures that your generosity is not overlooked, but is duly rewarded (through trading, of course).

All of this underscores, for me, the importance of knowing how to negotiate effectively. We know how poorly people do it. We know they aren’t creating value. We know they’re straining relationships. And we know they’re wasting a lot of time in the process. That’s why our mission is to transform the way the world negotiates: We can draw a straight line between how we resolve conflict in the boardroom all the way to the family room. If we’re better at negotiating in the boardroom, then we’ll be better at doing it everywhere else. That’s how we’ll transform the world.


We Can Help Your Team Understand and Harness the Power of Negotiation.
Does your team think negotiation is about compromise, saying “no,” or even bullying? The truth is, negotiation is an extremely effective skill, and if they learn to use it properly, they can create value for all involved and preserve relationships. We can help! Drawing on nearly 50 years of real-world negotiating experience, we’ll assist you with getting better deals, saving time, and creating value for all involved — not to mention preserving and even strengthening relationships. Let us partner you with one of our advisers, ensuring that you’ve got the broadest view of your deal.

Brian Buck
More by Brian Buck:
Price Isn’t the Only Thing to Negotiate
Lies, Damned Lies, and Statistics
Back to Insights